Self Catering Holiday Cottages in Appledore

Appledore is a charming village in North Devon that is characterised by its rows of colourful houses and winding little streets. Once an important centre of shipbuilding for the region, the destination’s maritime history has been immortalized in the North Devon Maritime Museum, which tells the story of the Victorian popularity of the area as well as its involvement in beach landings during World War Two. Along with beautiful coastal scenery and outstanding local food, Appledore is also a hub culture and hosts several arts and crafts festivals and a literary festival, as well as being home to lots of gift shops and galleries. 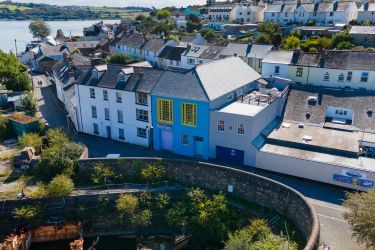 This tastefully decorated waterfront holiday house located in Appledore in North Devon is perfect for family self-catering holidays by the sea. The Boathouse sleeps up to eight guests in four lovely bedrooms and also boasts a cinema room, outdoor terrace and gorgeous open plan living space. The quirky fishing village of Appledore is a delight in all seasons with its narrow winding streets, colouring fishing cottages and fantastic selection of shops, pubs and restaurants. Spend your days at the beach, walking, cycling or visiting the numerous attractions on offer, or simply relax and recharge in a tranquil waterfront setting.

Who doesn't love a holiday by the coast? Catboat Cottage is a gorgeous 200-year-old holiday home metres from the beach and South West Coast Path and a short stroll from pubs, cafes and shops. The former fisherman's cottage is on one of the oldest streets in Appledore. It sleeps eight people in four bedrooms and has loads of family-friendly touches that make it especially popular with parents and kids. It is ideal for a relaxed holiday in North Devon, where local attractions include The Big Sheep and RHS Rosemoor and spectacular beaches, rolling countryside, and miles of footpaths and cycling routes. 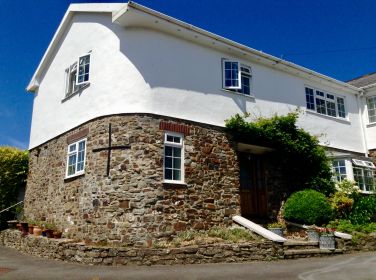 Appledore is a friendly harbour village in North Devon with lots to offer visitors. This stone holiday cottage, which sleeps four people in two bedrooms and is perfect for couples, families and friends, sits slightly above the village, a short walk from shops, pubs, cafes and the lively quay. The South West Coast Path passes along the waterfront, with nearby beaches including Bideford, Croyde and Westward Ho!. There is plenty to see and do at any time of the year, whether you want to spend your days surfing, browsing gardens and galleries, or visiting some of the many other attractions which make the North Devon coast such a fantastic holiday destination.

Popular towns in and around Devon: