Conwy Castle, one of the many magnificent castles in Wales

Planning on visiting Wales? Let us inspire you

Wales is a nation of mountains, melodies and miners, of lilting accents and lush countryside. It may be small when compared with England and Scotland, but this magnificent country resonates with a strongly beating fierce Celtic heart the size of a dragon. With three national parks covering a massive 20 percent of the country, breathtaking coastline and beaches, an exciting city and countless friendly towns and villages, Wales is the perfect holiday destination.

Know where you want to go in Wales? Follow these quick links:
North WalesSouth Wales 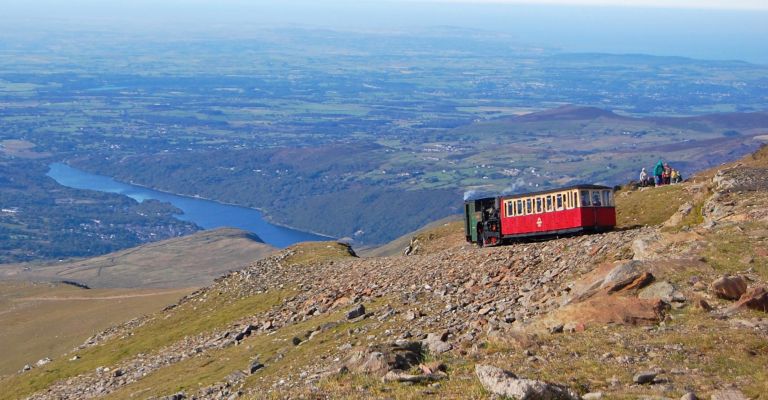 Wales' landscape is wonderfully diverse. Its highest peak, Snowdon, is in North wales, in Snowdonia National Park. The scenery here is raw and rugged and spectacular at any time of year whether you visit during the daffodil strewn slopes in spring or the snow-capped peaks in winter. Snowdonia is a hiker's paradise. Not only is there Snowdon to scale (by steam train, if you're not feeling very energetic), there are 90 other peaks to climb. Despite its massive size, Snowdonia is home to just over 25,000 people, leaving much of it pristine and un-inhabited.

Adrenaline junkies will love North Wales. Coed-y-Brenin caters for mountain bikers of all abilities, with trails ranging from beginner's paths to hair-raising black runs. Swap your bike for a saddle of a different kind and get up on horseback for an alternative view. Ride the rapids, jump and bounce your way through an old slate mine that has been turned into an underground trampoline, or leave your stomach behind as you fly along 8km of zip line.

While you're in North Wales, make sure you see some of the area's major castles, such as Caernarfon, Beaumaris and Conwy. The locals are so friendly that it's difficult to remember the region was the site of some of the bloodiest battles in British history.

Wales is surrounded by water on three sides, giving it nearly 900 miles of coastline which ranges from smooth and sandy to rugged and rocky and it's possible to walk all of it thanks to the Wales Coast Path. You can enjoy a traditional bucket and spade holiday at resorts like Llandudno, Barmouth and Abersoch, as well as Rhyl, Colwyn Bay and Prestatyn. Designated as an Area of Outstanding Natural Beauty, Anglesey is separated from the mainland by the Menai Strait and has everything you could want from your holiday in Wales. 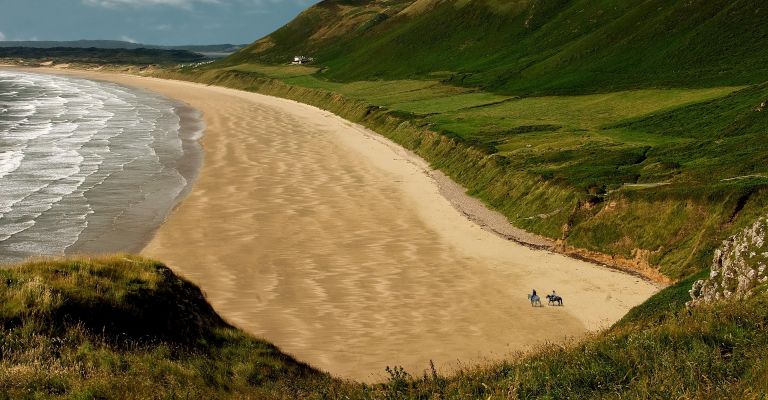 Wales' other two national parks are the Pembrokeshire National Park in South West Wales and the Brecon Beacons National Park in East Central Wales. Central Wales is the epitome of rural tranquillity, with villages and towns interspaced with lush green countryside. It's fun to explore on the Heart of Wales train line that runs through it, stopping at pretty villages en-route. It's easiest to picture mid Wales as a triangle that reaches from Welshpool to Aberystwyth and south east to Brecon.

Aberystwyth in Ceredigion is a large market town, made even livelier with its population of university students. It houses the National Library of Wales, has a fantastic Victorian pier and is a major centre of cultural learning.

Also in Central Wales is the book town of Hay-on-Wye, with its world famous literary festival every May; Machynlleth, which has recently been designated a UNESCO Biosphere Reserve Site and has the forward-thinking Centre for Alternative Technology; and the medieval town of Newcastle Emlyn.

The majority of Wales' population is in the south. In the south west are Pembrokeshire and Carmarthenshire. Welsh is widely spoken in the latter and you can enjoy some succulent locally farmed Welsh lamb. As you move east you'll come to Swansea. Small but fantastic, it's the birthplace of Dylan Thomas, has a respected university and amazing beaches. Neath Port Talbot and the Rhondda are in between Swansea and Cardiff. Once thriving coalmining regions, the landscape is now being returned to its natural state and enjoyed by walkers, cavers and mountain bikers.

Cardiff is Wales' capital city, enjoying fab shops, great theatres, a wide choice of restaurants and world class rugby. Between Cardiff and the Severn Estuary, which marks the border between Wales and England, is a mixture of the Breacon Beacons National Park, ex-mining towns and rolling pastures. The market town of Abergavenny has a brilliant food festival every September, while Chepstow Castle on the River Wye is the oldest and most complete stone castle in Britain.

Once you've sampled the delights of Wales you'll want to return and taste some more. With a rich culture, incredible food, outstanding beaches, jaw-dropping scenery and thousands of years of history, we can't blame you.

View holiday cottages to rent in South and Mid Wales

Thinking of a break in Wales? Let us tempt you with a selection of our best last minute offers. Remember, we don't charge a booking fee, so the price you see is the price you pay.
↑