Self Catering Holiday Cottages in Brampton

Tucked away in the corner of England that nestles between the Lake District National Park and the Scottish Borderlands, Brampton is a beautiful holiday destination. With a wide choice of comfortable cottages to rent both in town and amongst the surrounding rolling countryside, this attractive Cumbrian market town puts you within easy reach of the North Pennines AONB and Carlisle. Close to Hadrian's Wall, Brampton is a popular choice with walkers and cyclists, as well as those who want to explore the Lakes, Scottish Borders, Solway Coast and even Northumberland. Read more 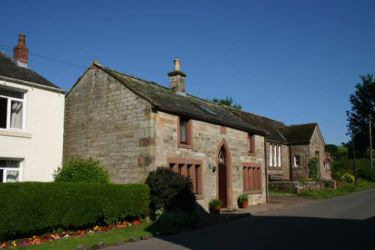 A delightful converted chapel providing a great base from which to explore the Lake District, Hadrians Wall and even the Scottish Borders. Located in the pretty peaceful Cumbrian village of Talkin, The Old Chapel is within walking distance of the village pub and close to Talking Tarn with lovely walks, fishing and boating.

5 Reasons to Holiday in Brampton

Off the Well-Trodden Tourist Trail - Although Brampton is within easy reach of popular attractions and beautiful sights, it is off the well-trodden Lake District Tourist Trail, giving visitors all of the benefits without having to share them with millions of annual visitors. Carlisle is just ten miles away, while the Northumberland National Park and the North Pennines Area of Outstanding Natural Beauty (AONB) are even closer, and the Solway Coast AONB takes around 20 minutes to reach by car. The Lake District National Park is an hour’s drive, and direct trains link Brampton to both Newcastle and Carlisle. It couldn’t be easier to get around.

If These Stones Could Talk - The border between England and Scotland was ferociously protected on both sides over the centuries. The area around Brampton is rich with Roman ruins the most famous of which, Hadrian’s Wall, is only two miles away. Even the most jaded visitor can’t help but feel excited and somewhat humbled by the age and history of places like Banks Turrett and the Birdoswald Roman Fort. It is obvious when walking along the stretch of wall at Willowford that it is not as tall as it once was. After the Romans left and the wall was no longer necessary, stones were taken and repurposed by local farms and builders, further embedding the wall into the foundations of the area.

Another place of historical interest in Brampton is Lanercost Priory, built by Henry II and left in ruins by Henry VIII, but still beautiful. Thankfully, St Martin’s Church is still standing and boasts spectacular stained glass windows. Be sure to stop by Moot Hall, the quirky octagonal building in town that now houses the Tourist Information Centre.

Tasty Food & Drink - The fertile Cumbrian landscape produces some of the nation’s best food. The hardy-looking sheep seen in the fields end up in a variety of local dishes, with the hogget (sheep aged between one and two years) being a particular delicacy. The spiral-shaped Cumberland sausage is traditionally pork with a lovely warm peppery kick, and you can finish your meal with sticky toffee pudding, the recipe of which originated in the Cumbrian town of Ullswater. There is an annual Foodies Fest in Carlisle at the end of July, and regular farmers’ markets run on the last Saturday of the month outside Moot Hall in Brampton. In between times, the area’s wealth of farm shops and delis will keep even the hungriest gastronome satisfied with local delicacies.

A Spectacular Landscape - While it’s true that you can enjoy the scenery from the comfort of the car or train, some sights are only accessible on foot or by mountain bike. Brampton has no shortage of footpaths with visitors being able to stroll through Talkin Tarn Country Park, Gelt Woods and the RSPB Nature Reserve. The Brampton Valley Way is a traffic-free footpath and cycle path stretching between Market Harborough and Northampton, and there are excellent cycling trails in Kielder Forest, through the Pennines and on the Coast to Coast Cycle Way.

Memorable Attractions - As well as the notable attractions along Hadrian’s Wall, visitors can walk around Vindolanda Roman Fort and Museum or Thirwall Castle, which is almost modern in comparison to its Roman counterparts. Places like Carlisle Racecourse and the Solway Aviation Museum offer alternative days out, with local amenities including cinemas, shops, swimming and specialist museums.

Once fiercely contested border country, Brampton is now a peaceful and relaxing spot for a holiday all year round.