Beautiful Buttermere in the Lake District

Our guide to self catering in the North West of England

The further north you go in England the more majestic the landscape, and the North West of England, which encompasses Cumbria, Lancashire, and Merseyside, is certainly no different. This is an area of towering peaks, rugged coastline, and a fierce pride in industries which helped build Britain into the nation it is today. It is also a region of diversity and excitement, with parts of it feeling like it hasn't altered in generations, while other parts are moving so quickly you can see trends changing before your eyes.

Know where you want to go in North West England? Follow these quick links:
Lake DistrictCheshireCumbriaLancashireMerseyside 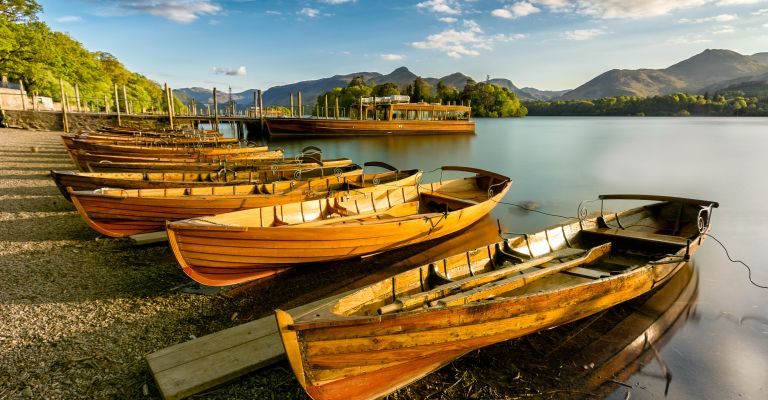 Cumbria is one of the most rural counties in England. Much of it is covered by the Lake District National Park - a staggeringly beautiful province which includes England's highest peak, Scafell Pike. Millions of visitors come to experience this area every year, yet it rarely feels crowded. Cumbria could have been designed to showcase the best of Britain - not only does it have mountains and lakes, but unspoiled beaches, locally produced food and drink of the highest quality, and towns like Keswick, Carlisle, and Kendal to give it excitement.

As well as having an abundance of natural charm, Cumbria has a generous amount of historical features and pretty cottages. National Trust properties include the Beatrix Potter Gallery, Wordsworth House, and Wray Castle; while English Heritage is responsible for the care of the Roman forts at Ravenglass and Birdoswald, Carlisle and Penrith Castles, and the ancient sites of Castlerigg Stone Circle and King Arthur's Round Table.

It isn't all standing around ooh-ing and ah-ing at the scenery. Carlisle has a wide variety of all your favourite shops, and you'll find the high streets in the towns lined with independent boutiques of all kinds. Finally, food is a pleasure whether you buy fresh ingredients from farm shops and markets, or dine at a fantastic pub or restaurant. 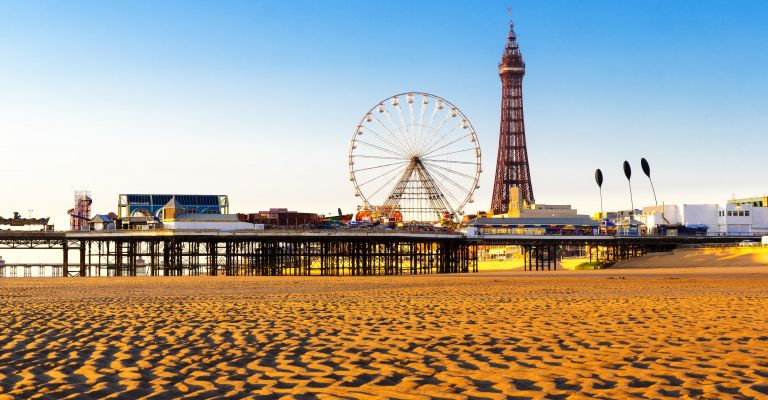 From the bright lights of Blackpool to the open expanse of the West Pennine Moors, Lancashire is as diverse as it is exciting, with rich history and culture which are embraced with pleasure. Burnley alone receives nearly 2.5 million visitors every year, who come to enjoy the peaceful canals and rivers, fantastic walking trails, and the country's only steam powered weaving mill. The cloth spun in Lancashire didn't merely clothe Britain, it was shipped around the world.

Pendle Hill and the Forest of Bowland have both been designated Areas of Outstanding Natural Beauty. Once you've had your fill of cycling peaceful trails and walking the paths, head into vibrant towns like Nelson, Lancaster, Chorley, and Accrington for shops, restaurants, and nightlife. Blackpool Pleasure Beach is packed with fun activities for all ages, but there are lots of other choices. Consider adding Sandcastle Waterpark, the Ribble Steam Railway, Beacon Country Park, and the Blackburn Museum and Art Gallery to your agenda. 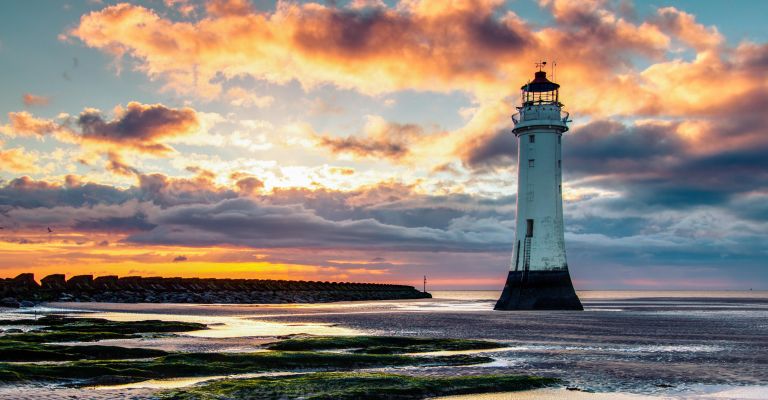 Merseyside consists of Liverpool, as well as the Wirral, Sefton, St Helens, and Knowsley. Lancashire may have spun the fabric, but it was the Merseyside docks which took delivery of the raw cotton, and which sent the finished product out to the rest of the world.

You could happily spend a week in Liverpool without running out of things to do. Apart from London, it has more museums and art galleries than anywhere in Britain. It's a prodigious producer of musical talent with musicians born in Liverpool including The Beatles, Cilla Black, Pete Burns, Elvis Costello, and countless others.

As well as culture and music, Liverpudlians and their Merseyside siblings love football, and foster a fierce rivalry with nearby Manchester. A typical weekend in Liverpool could include a premier league football match followed by a night on the town, before a day spent discovering the treasures in the Victoria Gallery and Museum, and shopping in the Liverpool ONE centre. Liverpool World Heritage Site includes Albert Docks - a fantastic development with more Grade I listed buildings than anywhere else in the UK.

Wirral is a peninsula surrounded by water on three sides. The Mersey separates it from Liverpool; it is divided from Wales by the River Dee, and it faces the Atlantic Ocean in the north. Leasowe Lighthouse is the oldest standing brick lighthouse in Britain, dating back to 1763. It was once part of a string of lighthouses on Wirral, but now stands alone. Birkenhead Park was the inspiration for New York's Central Park, while the town's market is a great spot to pick up fresh fish.

Wherever you go on your North West England holiday you'll be greeted with sights and sounds unlike anywhere else in the world. Whether you're so fabulous you don't get out of bed unless the floor is designer, or you can think of nothing better than throwing the kids and the dog in the car and spending the day outdoors, you'll have the time of your life. 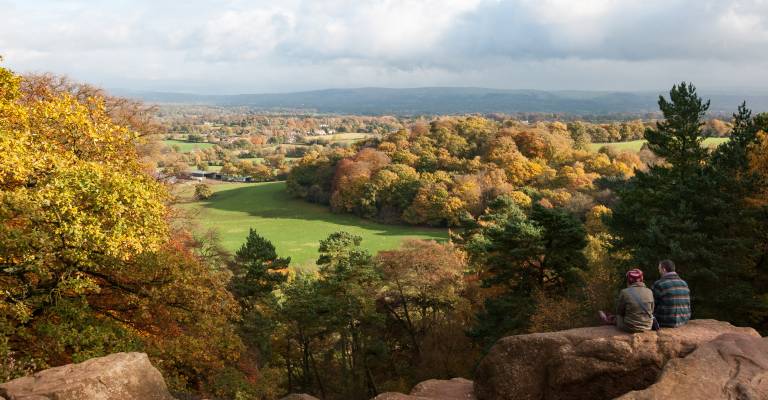 Looking across the Cheshire plains from Alderley Edge

Don't be fooled into thinking Cheshire is all footballers' mansions and flash cars because there is a lot more to this area than just the fantastic shopping. Britain's oldest national park, the Peak District, is in part of Cheshire, with lots of excellent opportunities for walking, cycling and horseriding. The Gritstone Trail and Sandstone Trail are excellent long-distance footpaths, or you may prefer a more gentle stroll along the canal through Middlewich or Marbury Country Park or Brereton Heath Nature Reserve.

Chester's past is seamlessly woven into its current life. It was one of the most important Roman forts, and the city still carries a certain gravitas today. There is no better place to experience Chester's history than by walking the city walls, the most complete in Britain, or shopping in the black and white timbered galleries in The Rows, while the 1,000-year-old Cathedral still plays an integral role for many residents and pilgrims. Not far from the city centre, Chester Zoo delights visitors of all ages, as does Cheshire Oaks Designer Shopping Outlet.

If it is impressive houses you want, you will find them here. Cholmondeley Castle has magnificent gardens, while beautiful Adlington Hall has been in the same family since it was built in 1480, and the gardens at Arley Hall are arguably the best in the north of England. Cheshire has something for every taste and budget.

Thinking of a break in North West England? Let us tempt you with a selection of our best last minute offers. Remember, we don't charge a booking fee, so the price you see is the price you pay.
↑