Self Catering Holiday Cottages in Bowness-on-windermere

Whether you have been there once or a thousand times, the Lake District is always a winner, and Bowness-on-Windermere is one of the more popular places in the area. Staying in town lets visitors appreciate it free from day-trippers, so why not consider basing yourself there in one of our fantastic cottages to rent? The relaxed, friendly atmosphere combined with an excellent variety of amenities plus a location that makes it easy to explore will help you to have the holiday of your dreams. Read more 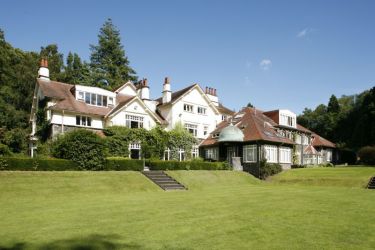 Ideally placed with views over Lake Windermere, this modern stylish holiday apartment sits in extensive grounds where guests can enjoy peace and tranquility, along with an all-weather tennis court, putting area and croquet lawn. The many amenities of Bowness-on-Windermere are just a mile away. A perfect retreat to enjoy the many attractions of the Lake District.

Bowness-on-Windermere, Cumbria, Lake District
Last Minute Offer:Sat, 21st May 2022 for 7 nights, £550Save £100"Great value for week in cosy apartment with fantasic views over Lake windermere, including use of spacious gardens with tennis court and putting green. Ask for additional discount for couples."
54.348328, -2.926558 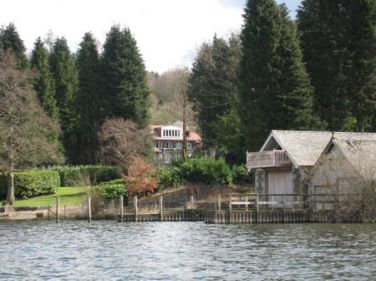 Sitting in large gardens (with tennis court!), this welcoming bright and airy holiday apartment is perfectly placed in a tranquil location overlooking lake Windermere, yet within just a mile of Bowness-on-Windermere with its shops and eating establishments. The Loft offers the best of both worlds for those who want to relax and unwind whilst being within easy reach of the areas many attractions. 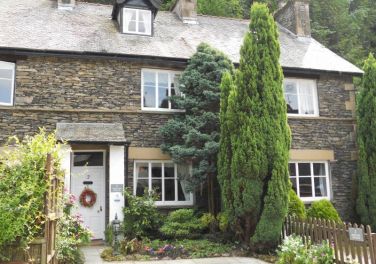 A delightful Lakeland cottage ideally situated in a tranquil position near the popular village of Bowness-on-Windermere within the Lake District National Park. Ferry View Cottage provides a cosy base from which to explore all this stunning area has to offer with super walking opportunities and an abundance of attractions. 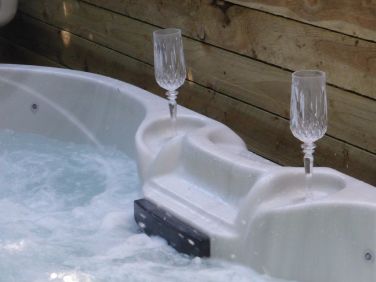 A stylish contemporary Lakeland holiday cabin specialising in short breaks with the exclusive use of an all weather hot-tub. Sitting in a tranquil spot near Bowness-on-Windermere, one of the most popular tourist destinations in the Lake District, Longtail Loft offers all the right ingredients for a relaxing break and is superb for walking and exploring the areas many attractions. 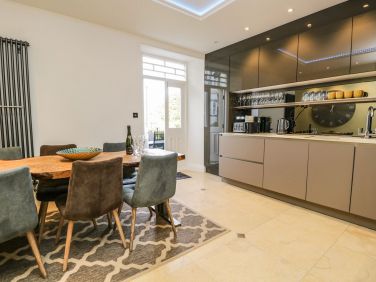 When it comes to a self-catering holiday in the Lake District, it's hard to beat Bowness-on-Windermere as a place to stay. The pretty lakeside town has an array of terrific amenities and gorgeous walks to places like Orrest Head and Brant Fell. It is close to Scafell Pike, High Top, Grizedale Forest and other favourite Lakes attractions. Bank Chambers is a beautifully furnished holiday home with a private roof terrace and space to sleep six people in three bedrooms with three bathrooms. Its layout and location are ideal for families or friends. Holiday bookings are available all year round.

Exceptional both inside and out, this stylish well presented lodge sits in one of the most enviable positions in the Lake District with lovely views over Lake Windermere. Enjoy an alfresco meal on the terrace watching the sun set over the lake by night, and by day discover the many attractions of nearby Bowness and Windermere.

Westward Ho with its own private jetty - Enjoying a truly magical setting overlooking Lake Windermere, this exceptional holiday home offers guests the chance to enjoy an abundance of attractions, superb lakeland walks and plenty of opportunity to relax and unwind. Just a short drive from Bowness with excellent amenities close to hand and perfect for boaters with its own private jetty for mooring (you can launch just half a mile away). 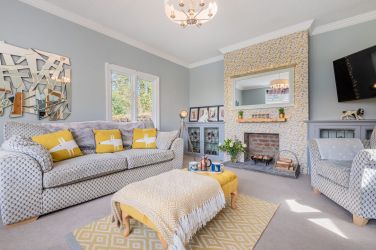 Squirrel Bank is situated in a picturesque secluded area of Bowness, a short stroll from the shores of Lake Windermere and within walking distance of the town centre where you will find an array of boutique shops, cafes, bars, restaurants and attractions. The spacious one-bedroom apartment is stylishly decorated and features a private covered outdoor hot tub for that extra touch of luxury. The Lake District is one of the most desirable locations to visit and Squirrel Bank is an ideal setting to enjoy your romantic minimoon, special occasion or relaxing couples retreat. The area is also perfect for a walking or cycling holiday, is great for foodies, will inspire artists and writers, and provides the opportunity to escape into a vast landscape where you feel like the only people on earth. 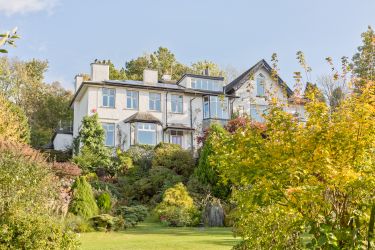 Luxuriate in elegant surroundings with stunning views in this Windermere lakeside holiday home. North Highfield was built as a gentleman's residence and boasts beautiful Victorian details with modern comforts. It sleeps 12 people in six well-appointed bedrooms, with four reception rooms, five bathrooms, and extensive grounds. It's a fantastic location for your next family reunion or get together with friends. Windermere village and Bowness-on-Windermere are both within easy reach, as are places like Scafell Pike and Orrest Head. 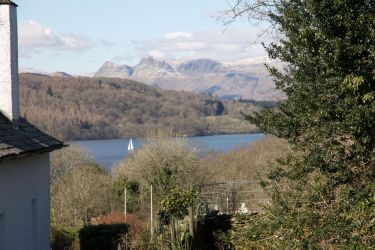 Windermere is at the heart of the Lake District, and Kempton is close enough that guests can stroll to the water's edge and drink in the views of this beautifully scenic landscape. The three-bedroom self-catering retreat comfortably sleeps up to six people, giving them space and privacy within easy reach of shops, cafes and pubs, as well as sightseeing cruises and favourite Lake District attractions. Kempton is perfect for families and friends as well as couples who appreciate a little extra space around them on holiday.

Treat the family to a stay at Sandown, a lovely holiday cottage on the edge of Bowness village only a short stroll from shops, cafes, pubs and beautiful Windermere. Guests can access lovely walks and bike rides from the door and are close to favourite attractions including the World of Beatrix Potter and Wray Castle. Explore Windermere by boat, kayak, or on a hop-on-hop-off sightseeing ferry. Sandown sleeps up to seven guests in four lovely ensuite bedrooms and is perfect for families and friends. 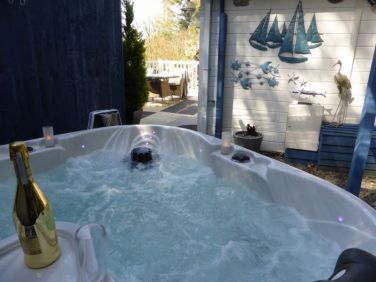 Longtail Lodge is a contemporary log cabin specialising in self-catering short breaks in the Lake District National Park. With the exclusive use of a romantic heart shaped hot tub and a delightful peaceful setting near the popular Cumbrian village of Bowness-on-Windermere, this luxury holiday retreat is great for water lovers, walkers, explorers and romantics at heart! 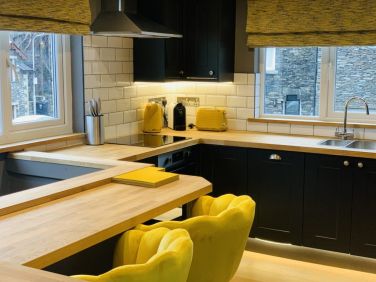 There's nothing rustic about this chic, one-bedroom holiday apartment in Bowness. It comfortably sleeps two people with accommodation stretching to four using a sofa-bed in the living room. You're within steps of shops, cafes, bars and restaurants, and only a short walk from the water of Windermere. There's so much to do with stunning walks, exciting mountain bike trails, and endless opportunities for fishing, boating, SUPs, wild-swimming, and visiting favourite attractions like National Trust Hill Top and Orrest Head. Depending on availability, short breaks and extended stays are possible all year round. 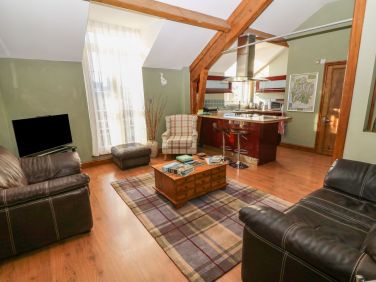 Stay in the heart of Bowness-on-Windermere in this first-floor apartment. You don't have to be a fan of Peter Rabbit to appreciate its location above The World of Beatrix Potter, as it's wonderfully convenient for cafes, shops, bars and restaurants, and only a short walk from the water, ferry and boat hire. The two-bedroom holiday home sleeps four people and is ideal for a self-catering break with your partner, family or friends. It's beautifully decorated in a fresh, modern style with comfortable furnishings and open-plan living. There's off-street parking for one car, a massive bonus in the busy summer season. Bookings, including extended stays, are available all year round. 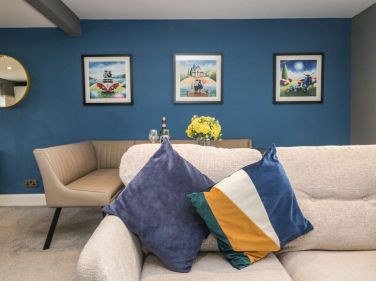 Quarry House is a stylish self-catering holiday home in the Lake District town of Bowness-on-Windermere. It sleeps six people in three bedrooms. Accommodation is over three levels with a layout that suits families, extended families, and friends. You're a stone's throw from shops, cafes, bars and restaurants and a short stroll from ferries, boat hire, and the beautiful water of Windermere. Beauty spots like Orrest Head are walkable from the cottage, and with popular attractions no more than a few miles away, it's straightforward to plan a fun-filled Lake District holiday in any season. 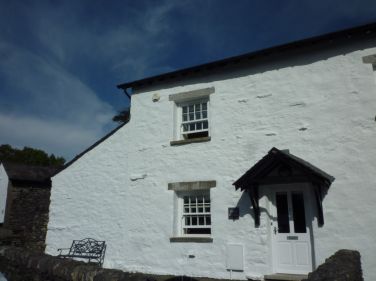 A delightful stone holiday cottage that offers the best of both worlds - a stunning peaceful corner of the Lake District, yet within easy reach of the more popular tourist traps and attractions. A wonderful location in the Cumbrian village of Bowland Bridge within the Lake District - perfect for relaxing in the Lakes or walking! Tourist board rating: 4 Star

5 Reasons to Holiday in Bowness-on-Windermere

Sailing and Watersports - Bowness sits on the eastern shore of Windermere - the largest body of water in the entire Lake District National Park. It is a magnet for those who love the water, and there are lots of ways to explore its surface including sailing, paddle-boarding, kayaking and waterskiing. Local businesses, like Low Wood Bay Watersports and Windermere Canoe Kayak, can help with advice, equipment hire and even lessons, so make the most of their expertise. An alternative to dipping yourself in the admittedly chilly water of Windermere is to let someone else do the hard work while you sit back and enjoy the scenery. Windermere Lake Cruises offers a variety of tours ranging from 45 minutes to three hours, including hop-on-hop-off services that drop visitors close to favourite Lake District attractions like the Lake District Aquarium and the Lakeland Motor Museum.

Shopping - Bowness is well-served with a wide variety of locally owned pubs, cafes and shops that sell outdoor clothing and equipment, food, homewares and gifts. Windermere village is a mile north of town with shops of its own plus a mainline train station linking the area with Kendal, where there are several shopping centres and a mainline station with trains to Carlisle and Penrith.

History - Until the mid-1800s, Bowness was just a quiet fishing village. The arrival of the steam train and the choice of wealthy families to build holiday houses there resulted in a tourism boom that has never waned. Despite the Lake District’s annual influx of some 14 million visitors, Bowness and Windermere combined have fewer than 9,000 residents so still feels small and personal. Visitors can enjoy the legacy of the Victorians in the elegant buildings dotted around town, as well as the extensive restoration of St Martin’s Church, which was built in 1483 but repaired and preserved in the late 1800s. William Wordsworth and Beatrix Potter both loved the Lake District so much that they made it their home, with Potter being instrumental in founding the National Trust to help preserve the landscape. The World of Beatrix Potter is in Bowness while her home, Hill Top, lies across the water. Dove Cottage, the home Wordsworth shared with his sister when they both moved to the area, is in Grasmere.

The Views - The scenery in the Lake District is bold and beautiful and best enjoyed up close rather than just through the window of a car or a train. The steep incline to the Post Knott viewpoint may leave you slightly out of breath, but the views will take your breath away all on their own. Other favourite views are those from Loughrigg Fell overlooking Windermere, Grasmere, Loughrigg Tarn and the Langdales.

Walking and Cycling - We have arguably left the best for last. The plentiful choice of walking and cycling routes in and around Bowness on Windermere is one of the prime reasons for its year-round popularity. Popular walks include the path up to Orrest Head which is famous among fans of Alfred Wainwright for being his first fell walk. Other way-marked routes include the West Shore Walk, the Tarns Walk and the path through Brant Fell. Grizedale Forest is nearby while Scafell Pike is 18.5 miles away if you fancy scaling the highest mountain in the country. Those seeking Wordsworth’s daffodils should head north to the shores of Ullswater where thousands of yellow flowers bob their heads in the spring. The Yorkshire Dales National Park is only 20 miles east of Bowness, opening up another enormous playground for walkers and cyclists.

These are only five reasons to stay in Bowness-on-Windermere, but after a holiday there you will be able to add many more.