The spectacular beauty of the Yorkshire Dales can hold its own against the most magnificent landscapes in the world. Mountains, moorlands and valleys are dotted with farmhouses, fields full of peacefully grazing sheep and craggy outcrops just begging to be climbed. Consisting of several villages, including Dent and Cowgill, Dentdale is in the north west of the Yorkshire Dales which is, confusingly, in Cumbria. It is simple to reach from the M6 and the A1 and is to the south of Sedbergh. At 1,150 feet above sea level, Dent Station holds the honour of being the highest mainline train station in England. Read more 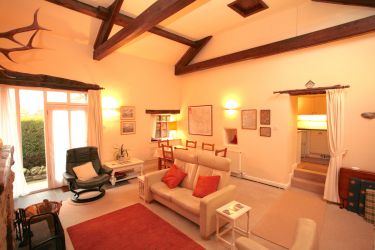 Nestled in beautiful countryside near the Cumbrian village of Dent in the Yorkshire Dales National Park, and within easy reach of Windermere and the Lake District National Park, Gibbs Hall Barn is ideal for families and friends who want to spend as much time as possible walking and cycling during the day, with the opportunity to relax in a hot bath and stretch out in front of a roaring fire in the evening. The cottage has been skilfully converted from an old farm building and sleeps up to seven people in three bedrooms. It is less than three miles from Dent, and close to regional attractions that include the Settle-Carlisle Railway and White Scar Caves. 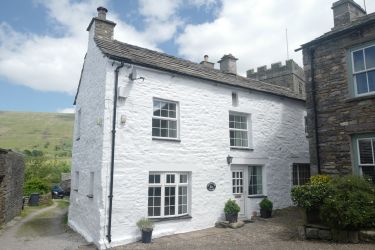 A deceptively spacious stone holiday cottage nestling amidst Dentdale in the quaint village of Dent within the Yorkshire Dales in Cumbria. With pubs, cafes and a shop on the doorstep this is an ideal base for exploring the Dales, Cumbria (including the nearby Lake District), a walking holiday or simply relaxing. 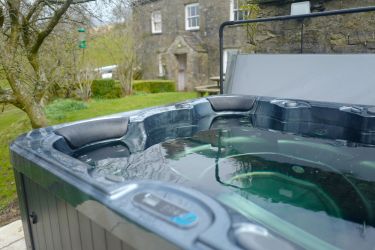 A large detached holiday home ideally placed in a peaceful position two miles from the cobbled centre of Dent village within the Yorkshire Dales in Cumbria - an ideal base for exploring both the Dales and also the nearby Lake District. 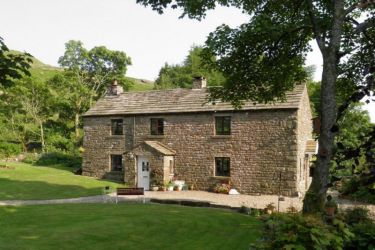 A traditional detached holiday cottage in a beautiful peaceful setting with wonderful views up Arten Gill to the viaduct where the Settle to Carlisle railway traverses Dentdale. Close to Dent Village within the Yorkshire Dales in Cumbria and an ideal self-catering base from which to explore both the Dales and the nearby Lakes. 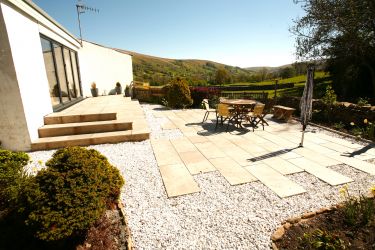 Sitting right in the heart of Dent's picturesque cobbled village, this detached large holiday cottage is perfect for families, friends and walkers who want to explore this beautiful part of Cumbria and the Yorkshire Dales, as well as the Lakes which is within easy driving distance. Rocklea Cottage is within strolling distance of pubs, shops and is surrounded by stunning scenery.

Ideally situated in the cobbled centre of Dent within the Yorkshire Dales in the county of Cumbria, Ivy Cottage has pubs, cafes, shops and spectacular walking on the doorstep and is perfect for exploring the Dales, Cumbria (including the nearby Lake District), or simply relaxing. 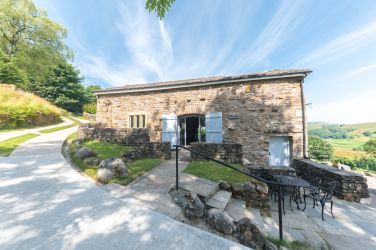 Bower Bank EcoBarn nestles amongst pure natural beauty in the sleepy hamlet of Gawthrop near Dentdale within the Yorkshire Dales National Park in Cumbria. Perfect for large parties who want to explore the Dales on the doorstep and also the Lake District within driving distance. A great choice for walkers and lovers of the great outdoors. 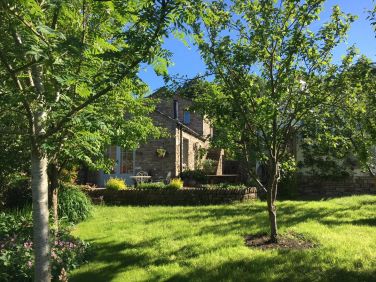 A cosy bolthole for two perfectly placed in a tranquil setting with amazing views up and down Dentdale within the Yorkshire Dales National Park. Sitting in the tiny hamlet of Gawthrop, Ellerbank Cottage offers all the right ingredients to relax and unwind, with fabulous walking and cycling, and is just a half mile walk along the river (or across the fields) to the pretty cobbled village of Dent with pubs and cafes. Great self-catering base for exploring the Dales and Cumbria (including the nearby Lake District National Park). A large detached holiday cottage with off road parking, recently extended and refurbished to a high standard. Ideally placed in the Cumbrian village of Dent in the Yorkshire Dales National Park, The Methodist Manse Cottage makes a fantastic self-catering base for exploring the Dales and the Lake District and is perfect for extended families and large groups wanting a walking or cycling holiday. 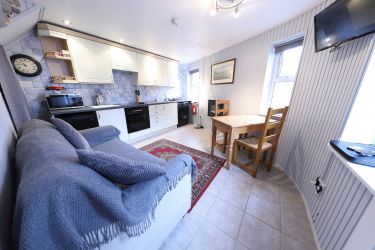 Located in Dent village within the Yorkshire Dales in Cumbria, Penny Bank Cottage is an excellent choice for couples and welcomes dogs. With pubs, cafes and shops on the doorstep, this is an ideal holiday home to use as a base for exploring the Yorkshire Dales, Cumbria (inc the nearby Lake District), a walking holiday or simply relaxing. 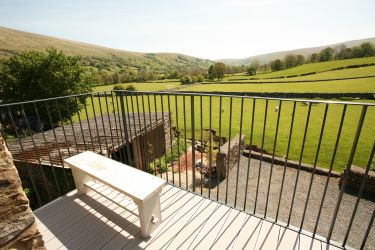 A welcoming retreat ideal for families, friends and couples, nicely placed in a quiet backwater in the pretty Cumbrian village of Dent within the Yorkshire Dales. Pubs, cafes and shops on the doorstep along with superb walking - ideal for exploring both the Dales and Cumbria (including the nearby Lakes) with their many attractions. 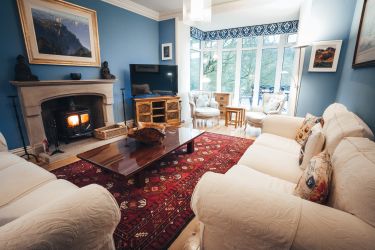 Large groups of up to fourteen guests are sure to love the space and privacy that Cowgill Grange (sleeps 10 in 5 bedrooms) and The Coach House (sleeps 4 in 2 bedrooms) provide. Both set within grounds just a few steps apart, this is a superb choice for extended families and large groups who appreciate plenty of space and privacy whilst away. Fantastic opportunities for walkers and cyclists and within walking distance of Dent Railway Station on the picturesque Settle to Carlisle line. An ideal base for exploring both the Yorkshire Dales and the nearby Lake District. 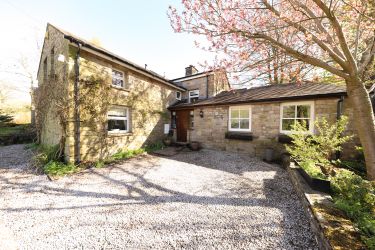 Just a short walk into Dents quaint cobbled village, this large stone holiday cottage is in an enviable position with stunning views across Dentdale and is perfect for a large group of friends and family, as well as walkers and cyclists with great opportunities from the front door. Clarks Cottage sits in the Yorkshire Dales National Park in Cumbria and is within easy reach of the Lake District. Tourist board rating: 4 Star 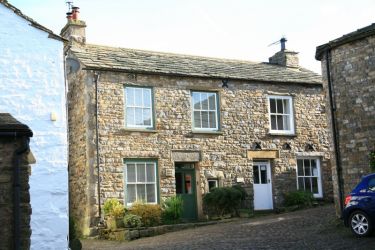 Dating back to the 1800's, this holiday cottage is ideally located in the very heart of the beautiful Cumbrian village of Dent, within the Yorkshire Dales National Park. Conveniently located for exploring the many attractions of both the Dales and Lake District national parks and a great location for walkers. Pubs and shops within walking distance. 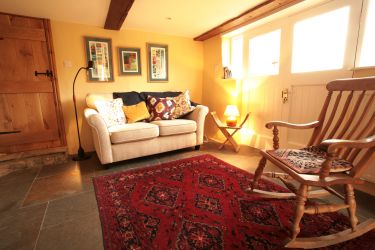 Holly Bush Cottage is just perfect for those who enjoy walking. Surrounded by glorious Deepdale scenery (with lovely views from the living and bedrooms), this cosy holiday retreat for two is 1.4 miles from the pretty village of Dent and within easy reach of the areas many attractions including Ingleton and Kendal (the gateway to the Lakes). 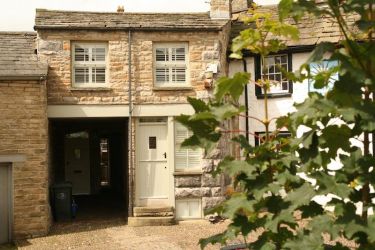 Dent is arguably the most picturesque of all of the villages in the Yorkshire Dales National Park, boasting a village centre with cobbled streets free from traffic. Dene Cottage is a traditional period property that has been sympathetically updated to be comfortable for 21st Century guests. The village is surrounded by stunning countryside with fantastic walking and cycling paths, and this welcoming holiday cottage is within walking distance of two excellent pubs, The Rising Sun and the George and Dragon, both of which serve local ales and delicious home cooked food if you feel like a night off from cooking.

A lovely 4 Star Gold (AA rated) holiday cottage that sits in the little hamlet of Gawthrop near Dentdale within the Yorkshire Dales in Cumbria. Hazel Cottage provides a peaceful retreat for couples and is ideal for a walking holiday and exploring both the Dales and Cumbria including the nearby Lake District. Tourist board rating: 4 Star Gold 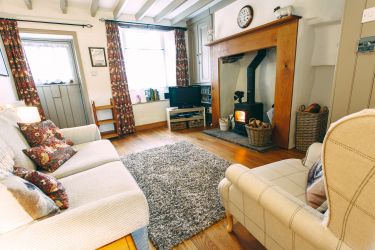 Dentdale and the Yorkshire Dales National Park have what are arguably some of the best views in the UK and you can enjoy the sight of Rise Hill and Coombe Scar from this charming terraced holiday cottage. The cafes, pubs and shops in Dent are all within walking distance, and there are footpaths and cycling trails from the door. Kendal and the Lake District National Park are a short drive away, as is the Forest of Bowland AONB. Leeds and Carlise are also within easy reach either via car or on the Settle-Carlisle Railway. Sunnyside Cottage sleeps three people in two bedrooms and is perfect for couples, solo travellers or small families. 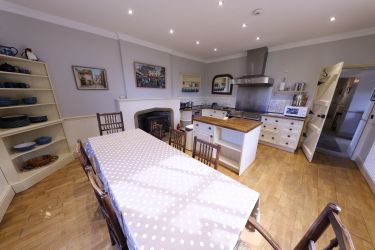 In a beautiful rural setting just two miles from Dent's cobbled village, this delightful country house provides accommodation for large groups and is an deal base for exploring both the Yorkshire Dales and cumbria, including the Lakes.

Dent is a friendly village in the heart of the Yorkshire Dales National Park, close to Sedburgh and only half an hour from Kendal and the southern Lake District National Park. This period holiday cottage is a five-minute walk from the village shop, two real-ale pubs and a choice of cafes, and a short drive or bike ride from Sedburgh. The hills and fells offer stunning views and ample opportunities for hiking, mountain biking and climbing, and the River Dee is nearby for fishing in season. The self-catering cottage sleeps up to four people in two bedrooms and is a favourite with couples who enjoy its far-reaching countryside views and cosy log burner.

Popular towns in and around The Yorkshire Dales:

The station is serviced by trains from Leeds and Carlisle and is on the famous scenic Settle to Carline line which provides one of the area’s most photographed sights as the Fellsman steam trains pass over the Arten Gill Viaduct.

The village of Dent itself is the epitome of charming. Its cobbled streets are lined with terraced houses, which converge on a central fountain made of local pink granite. History buffs will appreciate the 12th Century St Andrew's Church, and can find out more about the area's fascinating history at the Dentdale Heritage Centre.

There is so much to love about Dentdale. It is widely known to walkers for its superb trails, but what goes on underneath the surface is just as interesting as what is above it. The Dent Fault cuts through the area, creating fascinating geological features that attract cavers from around the world.

If all that activity has left you ravenous, pop into one of Dent's welcoming pubs for a satisfying meal made from locally produced ingredients. If you are after something a little fancier, nearby Kirkby Lonsdale has some amazing restaurants, as well as great boutiques and shops.

Dentdale is an explorer's paradise. Whether you prefer to do your exploring with your walking boots on, or comfortably settled on a couch with a pint of Dent Brewery’s award winning ale, is entirely up to you.