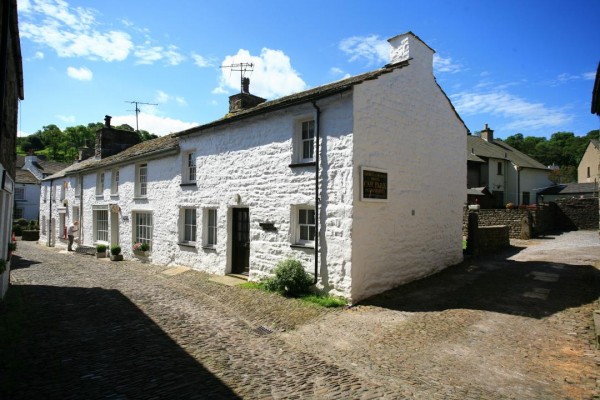 Middleton's Cottage sits in a tranquil corner of Dentdale in the Yorkshire Dales National Park. With space for four guests, the cottage is located in picturesque Dent village where there are three popular pubs, including the George and the Dragon Inn, which serves the regional speciality, Dent Bitter, that is brewed in the Dent Brewery in nearby Cowgill.

The Cumbrian village of Dent attracts walkers and tourists all year round with its quaint little cobbled streets, beautiful scenery and miles of fabulous walks. Find out about local life at the Heritage Centre in the village (or over a pint in the pub!); take a ride on the famous Carlisle to Settle Railway which stops at Dent's railway station just outside the village (the highest of its kind in the country), passing over Ribblehead's impressive viaduct; or relax over a mug of tea and a slice of cake in Meadowside Cafe after a long walk.

For those who want to explore the wider area, there are a multitude of attractions for day trips out with both the Yorkshire Dales National Park on the doorstep and the Lake District National Park just fifteen miles away by car. If you have bought new walking boots for the trip, test them out on the 5-mile circular route that passes through Flintergill and Dentdale, or challenge yourself on a hilly 11-mile walk that takes in the three peaks Whernside, Great Coum and Crag Hill.

For those who prefer to cycle, the Pennine Cycleway is accessible from the village offering miles of stunning countryside or just spend your days pedalling around the country lanes that surround Dent. There are also lovely walks beside the River Dee, as well as fishing.

Middleton's Cottage offers all the right ingredients for a relaxing holiday and is a welcoming retreat to return home to after an exciting day exploring this beautiful part of the country.

Middleton's Cottage sleeps up to four guests in two bedrooms and dates back to the 17th century. Beautifully and carefully refurbished, accommodation comprises:

Additional information: Rates include heating, electricity, all bedding and private parking for one car. Short breaks may be available - please enquire with the owner.