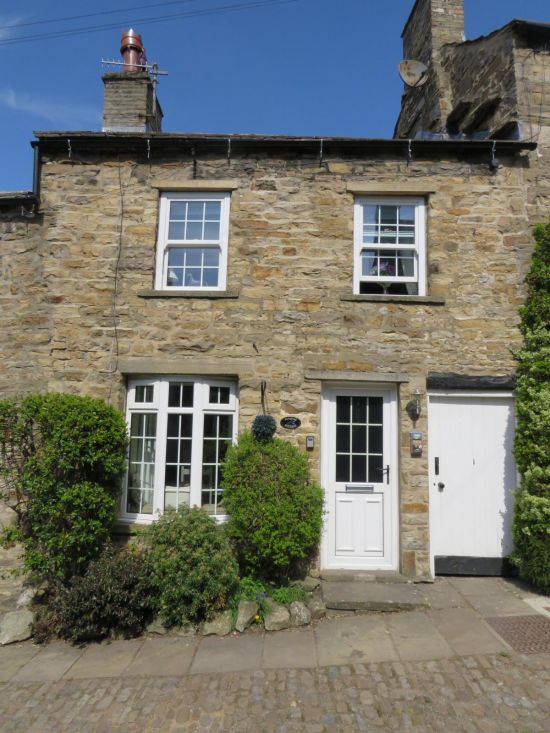 Jasmine Cottage sleeps four guests in two bedrooms and sits in the picturesque Yorkshire village of Askrigg. Nominated for the 'best place in the UK to have a holiday home' (The Times), Askrigg is everything you would hope for in a Dales village with its attractive church and quaint cobbled streets peppered with stone cottages, shops (including a tea shop and deli) and three pubs serving food and local ale.

Probably better recognised as the fictional village of Darrowby in the hit television series All Creatures Great and Small, Askrigg is a small but incredibly friendly community welcoming visitors all year round. The market square still has its cross which dates back to 1830, a pump and the original bull ring. Hardly surprising for such a beautiful setting there are a number of artists and craftsmen with studios in the village selling their work.

The area offers superb walks with a number of popular circular routes including the lovely walk to Mill Gill Force waterfall which sits in a tranquil pocket of woodland (a lovely place for a picnic and just a mile from the church). Just half a mile further is Whitfield Fall, another spectacular sight worthy of the famous artist Joseph Turner who captured its beauty in watercolour. The triple cascade of Aysgarth Falls is another local attraction.

Sitting in Upper Wensleydale, Askrigg is only five miles from the ancient market town of Hawes (the highest of its kind in England). Its market place has been holding markets since 1307 so make sure you don't miss the bustling affair every Tuesday (a great place to pick up local produce). Encapsulated by mountains, Hawes has a good range of shops and places for a meal out and is close to Buttertubs Pass, described as 'England's truly spectacular road' by Jeremy Clarkson. Whether you drive it or tackle it by bike (not for the faint hearted), the scenery is simply stunning!

Nestling in the heart of the National Park, Askrigg is an excellent choice for outdoor enthusiasts and provides a great base for exploring the areas many attractions. Whether you decide to stay local or venture further afield and explore the market towns of Richmond and Settle, Ingleton Caves, Kendal (the gateway to the Lakes) or even the City of York, there are no shortage of great days out.

Outside: The cottage has a lovely courtyard which is a good size providing privacy and a sunny secluded place to relax outside with a glass of wine after a long day exploring the fells.

Additional information: Prices include heating, electricity, bed linen and towels. Short breaks (three night minimum) available most of the year round - please enquire with the owner. Free on-road parking available locally. There is a local bus that does daily pickups in the village taking you to Leyburn, Aysgarth and Hawes. Sorry but no dogs.