Self Catering Accommodation and Holiday Cottages in Perth and Kinross

The region of Perth and Kinross is located in central Scotland. While mostly comprised of smaller towns and villages, it is also home to the city of Perth, the area’s main retail and transport hub. The region is probably best-known for its natural beauty as it contains four National Scenic Areas and parts of two national parks, as well as some highly-praised historic attractions. Read more 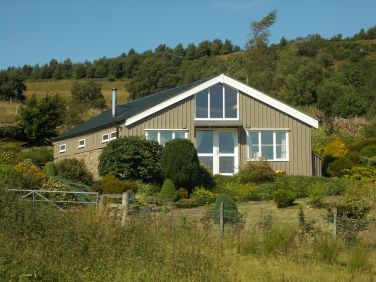 If you dream of escaping somewhere peaceful with fantastic views and no light pollution, then The Bothy is perfect for you. The comfortable holiday cottage sleeps up to three people in two bedrooms and has far-reaching views across the gorgeous Perthshire countryside to Strathbraan. Although quiet, it is not wholly isolated as the lovely town of Dunkeld is only five miles away and Perth, Aberfeldy, Blairgowrie, Crieff and Pitlochry are all within a 30-minute drive. 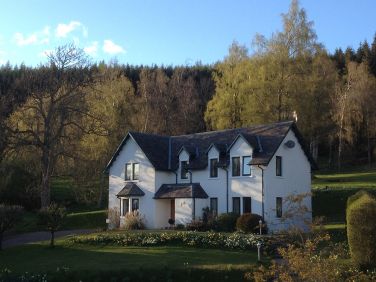 Enjoy a Highland holiday from this lovely holiday cottage which sits in the beautiful grounds of Farleyer Lodge in the heart of Perthshire. Keepers Cottage is a spacious property accommodating six people in three generously sized ensuite bedrooms. Each room can have a superking or twin beds, giving it a flexible layout that works for families and friends. There are 17 acres of beautiful grounds to explore outside Aberfeldy, close to the River Tay and only a few miles from Loch Tay. This area is fantastic for fly fishing, golf, mountain biking, cycling and walking, with whisky distilleries and historic castles adding to the Highland appeal. 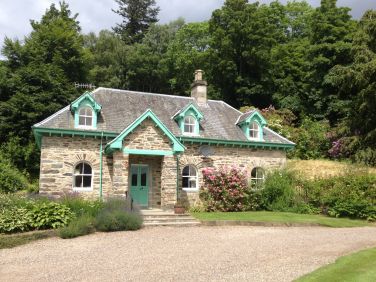 Surrounded by stunning views and open countryside, this traditional Scottish cottage provides contemporary and comfortable holiday accommodation close to the small market town of Aberfeldy in Perthshire and the Highlands. Middle Lodge has a gorgeous open plan living area, an open fire and three pretty bedrooms sleeping up to six guests. Enjoy walks from the front door, or a range of other activities including golf, fishing, a Highland Safari, whitewater rafting, kayaking and ski-ing. Bookings are available all year round and dogs are welcome too. Tourist board rating: 4 Star 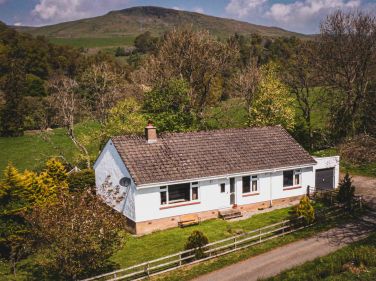 If you want to escape from it all for a while, you'll love Keppoch Cottage. This welcoming single-storey holiday home is in a tranquil corner of the historic Monzie Estate. It's at the end of a quiet farm track with no near neighbours, no noise or light pollution. You could easily go an entire week without seeing anyone or, if you're feeling sociable, pop into nearby Crieff every day for your shopping, a meal or a distillery tour. Walking and mountain biking are accessible from the door, and world-class golf courses and fishing spots surround you. With space for five people to sleep in three bedrooms, the cottage is big enough for families without feeling overwhelming for couples. 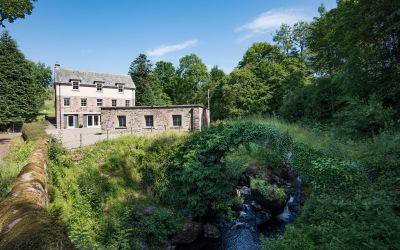 Treat yourself to a luxurious Highlands holiday on the historic Monzie Estate near Crieff. Mill House is a beautiful stone holiday home sleeping ten people in five beautifully appointed ensuite bedrooms and a flexible layout suitable for families and friends. It is finished to a very high standard to create the atmosphere of a boutique country hotel with the relaxed welcome of a private house. The cottage is surrounded by beauty on all sides with no near neighbours and no passing traffic to disturb your peace. The location is ideal for walking, mountain biking, golf and fishing. The Loch Lomond and Trossachs National Park and the coast are both well under an hour's drive, giving you unlimited potential for adventure.

This riverside retreat is perfect for couples but spacious enough for friends and family. The Ferry sits beside the River Tay near Aberfeldy in Perthshire's Big Tree Country, with luxurious touches that include an outdoor wood burning sauna, hot tub, open fire and a log burner. The owners have refurbished the holiday cottage to a very high standard to include oak flooring and high-quality furnishing throughout both floors, including in the two double bedrooms which each have a kingsize sleigh bed. Fishing, golf, walking and mountain biking are all favourite pastimes for locals and visitors, and there are lots of opportunities to do all of these and much more all year round.

The area is home to several of Scotland’s designated National Scenic Areas, including the River Earn, a 46 mile stretch of river passing through the towns of Crieff, Bridge of Earn and Comrie, and the River Tay, Scotland’s longest river, which passes through the city of Perth. The large waters of Loch Rannoch and Loch Tummel are also National Scenic Areas, both of which are popular with visitors and locals alike as fishing destinations, as well as offering a peaceful area for walks, hiking and cycling.

Scotland has just two national parks, both of which are partially located in Perth and Kinross. The entirety of the Cairngorms National Park covers over 1,500 square miles of the Cairngorms mountain range and surrounding areas, with the main point of access from within the region being the small town of Blair Atholl. Part of the Loch Lomond and The Trossachs National Park is also within the region, with the small loch-side village of St Fillans being Perth and Kinross’ main settlement within the park’s boundaries.

The region is home to several notable historic sites. Drummond Castle is situated near the town of Crieff and is perhaps best known for its formal gardens, which date back to the 17th century. Not too far from Drummond Castle is the Ardoch Roman Fort, an archaeological site featuring some of the UK’s best-preserved Roman camps.

Perth, the region’s only city, is a common waypoint for those travelling north to the Highlands but has plenty more to offer than just travel connections. The recently renovated pedestrianised shopping area is home to many independent retailers offering local goods, while Perth Museum and Art Gallery is located nearby, offering a variety of exhibitions from a building that was originally constructed in the early 1800s. In the evenings, travellers can choose from any of Perth’s dozens of bars and clubs or take in a performance at either of Perth’s two theatres.

Despite the many traditional visitor attractions in the region, one of Perth and Kinross’ biggest attractions is simply the location. It is a largely rural area, featuring countless hills, mountains, lochs and rivers - a particularly spectacular place to visit in the autumn. Travellers who enjoy exploring beautifully preserved countryside areas will undoubtedly want to pay a visit to Perth and Kinross.