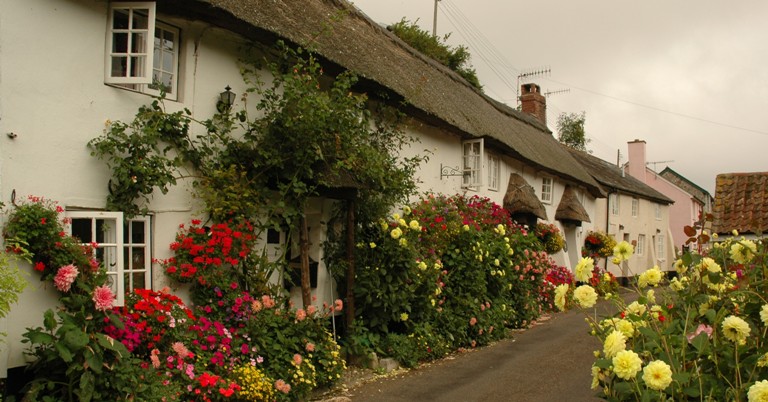 The East Devon Area of Outstanding Natural Beauty covers over 100 square miles of Devonshire countryside with 18 miles of explorable Heritage coastline resting within the area. Stretching from Lyme Regis through to Exmouth, the coastal towns of Seaton, Exmouth, Sidmouth and the resort of Budleigh Salterton all border East Devon and each lie on England’s beautiful coast. Famous for its rambling cliffs, wooded coombes and unspoilt coastal land, the East Devon AONB offers a naturally rich holiday experience, one that is filled with plenty of adventure and fresh country air. A protected area due to its title as an Area of Outstanding Natural Beauty, East Devon’s landscape is shaped by the elements and is made more impressive due to its untouched qualities that make it so unique. With a wealth of landmarks and pretty towns to visit, East Devon is the ideal location for a relaxed holiday that truly shows the best of the British coast and countryside.

The Jurassic Coast – known as England’s first World Heritage Site and named as Britain’s fifth best natural wonder, covers East Devon’s coastline and stretches as far as the Dorset coast. The Jurassic Coast harbours an exciting amount of ancient history which points back to the days of the dinosaur, and its rocks and preserved fossils take us back 185 million years to the pre-human era. Visiting the Jurassic Coast is a rewarding experience with some fantastic walks through the most significant areas of the historic coast, and exploring its history will take you through some of East Devon’s most charming towns and pretty villages. East Devon is also notable for its lush, rolling landscape and is home to some of the best areas of countryside in the UK. Thanks to the conservation efforts of many organisations within the area, East Devon is one of the epicentres for rare wetland with numerous amounts of kingfisher and dragonflies attracted to the habitat. There are many woodland walks that run through the most attractive areas of East Devon and there is so much thriving wildlife to see whilst exploring.

The village of Branscombe is a small parish that is full of charm and has great links to Lyme Bay, which the village overlooks, and  the Jurassic Coast. Historically the village holds Celtic roots and was an important area for both fishing and for the creation of its unique handmade lace. Saint Winifred’s Church is an intricately designed building that dates to the thirteenth century, if not before, and is one of the oldest churches in Devon. Part Norman, part medieval, it is still in use today and offers a wonderful snapshot into England’s early architectural design. The Old Bakery, Manor Mill and Forge is another fantastic historical building that is now owned and run by the National Trust. It shows the workings of the old mill, which has recently been restored to working order, and serves as a preservation into the functions of the bakery when it was once active. With a tea room now being housed in the building, not only do you get an educational day out but you can have the chance to sample some delicious cakes and Devonshire afternoon tea after your visit.

Branscombe Mouth is a pebbled beach that is part of the Jurassic Coast and is a popular destination with holidaymakers. A unique beach, its name comes from the stream which glides over the pebbles and flows into the sea and forms the mouth of the beach. There are many great walks that start from this point and run into its neighbouring towns and villages. There is also a short walk from Branscombe village to the fishing village of Beer. Again forming part of the Jurassic Coast, Beer is centred on the smuggler’s cove which is now one of the main attractions of the area (along with the fantastic crab sandwiches served at the pubs!) and is a major draw for visitors. The pebble beach is unlike many in the UK due to its steepness, but the views from the top of the cliff onto the beach and out into the sea are more than impressive.

East Devon AONB is ideal for those who enjoy to walk due to its vast countryside and many coastal paths available. The Bystock Wild Walk is a 6 mile foot-path trail that passes the Devonshire heathland and the Bystock National Park. Here there are many clear blue ponds bursting with wildlife and all offer an interesting pit stop whilst on the trek.  The walk will take you past Hayes Barton, which is the birthplace of Sir Walter Raleigh, and the village of East Budleigh is on the way if you wish to take a stop to explore what the village has to offer. For a coastal walk, channel your inner smuggler and take a 3.5 mile walk around the cliffs of Beer Head. The coastal views are fantastic and the height of the cliffs allow you to look for miles out to sea. On a clear summer’s day you’d be forgiven for believing the views belonged to a hot foreign country. Along the way expect to see cave entrances and rock formations that gave the smuggler’s plenty of places to operate from.

East Devon is a holiday destination that has so many fantastic places to visit and is perfect for those looking to get some outdoor activity whilst learning about the diverse history of the area. With many different landscapes on offer, no day needs to be the same and you’ll feel as if you’ve visited a whole range of destinations in the UK. 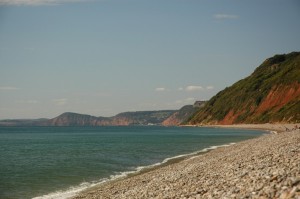