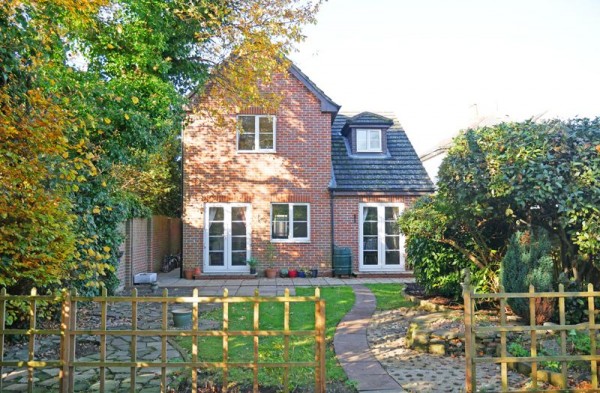 Century House has everything you're looking for. The spacious property sleeps up to eight people in four comfortable bedrooms, with a flexible layout tailored to accommodate families or friends. Century House is a modern, detached home in the coastal town of Gosport and only half a mile from the coast, supermarket and cafes and 500 yards from The Windsor Castle pub.

Gosport overlooks the Solent and is a wonderful choice for a holiday not only in the summer but at any time of the year. It's packed with maritime history you can learn more about at places like Explosion! Museum of Naval Firepower, and the Royal Navy Submarine Museum. There is a two-mile Waterfront Trail between the two, taking in spectacular views across the water to Portsmouth. Other Gosport attractions include the Museum of Diving, Hovercraft Museum, Gosport Discovery Centre, the 1642 Living History Village, and the Alver Valley Country Park. Being surrounded on three sides by water also means that Gosport is a centre for sailing and other water sports.

Once you've explored Gosport, jump aboard the ferry to Gunwharf Quays in Portsmouth and spend a fun-filled day or two exploring the historic waterfront city. Start at Portsmouth Historic Dockyard, home to HMS Warrior 1860 and HMS Victory, Lord Nelson's flagship at the Battle of Trafalgar. The 104-gun beauty was launched in 1765 and was pivotal in the decisive victory that signified the end of Napoleon's dominance and showed the strength that created the British Empire. As well as a fantastic choice of places to eat, drink and shop, attractions in Portsmouth include Spinnaker Tower, and the Tudor Mary Rose. The ferry from Portsmouth to the Isle of Wight takes just over 20-minutes, so a day exploring the charming island is also easy to arrange.

Hampshire is a beautiful mix of coast and countryside with a national park thrown in for good measure. Staying at Century House puts you only five minutes from the beach at Stokes Bay, but there are 230 miles of Hampshire coastline for you to explore. The New Forest National Park is just over half an hour's drive from the house, with miles of footpaths and cycling routes winding through ancient woodlands and pretty villages with thatched cottages and free-roaming ponies.

Whatever season you visit, you'll never run out of ideas for fun-filled days with your family and friends.

Century House is a spacious, detached home surrounded by a private garden with accommodation over two levels.

Outside: Century House has a driveway with off-street parking at the front and a private garden with a terrace and lawn at the rear. The owners can arrange the hire and installation of an outdoor hot tub for guests who desire it. Please enquire when booking.

Additional Information: All utilities, WiFi, bed linen and bath towels are provided. A travel cot (no bedding), highchair and stairgate are available. Well-behaved dogs are welcome through prior arrangement with the owner. It is possible to accommodate a further two guests on the main sofa in the living room plus a futon cube for an additional weekly cost. Smoking is not permitted.

Booking Conditions:
Please refer to the owner for accessibility requirements, booking terms / conditions and cancellation policy.
Please discuss any requirements regarding your pet(s) with the property owner.
Independent Cottages recommends that you take out holiday cancellation insurance.