Discover the excitement and tranquility of the South East

South and South East England is an area as spacious as it is beautiful. It's the perfect holiday destination for millions who live in the Greater London area and who want to get away without the hassle of actually travelling very far. In less than two hours you can be enjoying the peace and serenity of ancient woodland, watching yachts skim across the surface of sparkling waters, or be tucking into a hearty meal made from produce so fresh and local you probably drove past the farm on the way in.

Know where you want to go in South And South East England? Follow these quick links:
New ForestSouth DownsHampshireKentEast SussexIsle of WightWest Sussex

East Sussex is a county of two extremes. On one hand, you have the vibrant nightlife of Brighton. Its clubs, shows, and festivals attract party lovers from around Britain who come to have a weekend they won't forget (if only they could remember it!). On the other hand, it is a county of rolling waves and chilled out beaches, of rolling countryside dotted with pubs both posh and traditional, and places of historical significance such as Battle and Rye.

As Brighton and Hove are just over an hour from London's St Pancras station, they are a popular choice for commuters to live, and city dwellers to escape London after a busy working week. It means that many attractions are quieter between Monday and Friday, and that the quality of cafes and restaurants is superb. 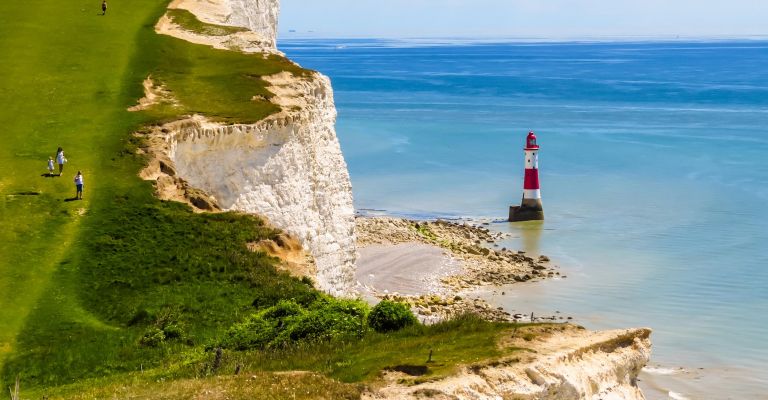 The South Downs was formally declared a national park in 2011, making it Britain's youngest. What it lacks in age it more than makes up for in character, covering 260 miles across Hampshire, and East and West Sussex, and incorporating the South Downs Way foot, cycle and bridle path.

Discover the mystery of the Long Man of Wilmington who keeps a watchful eye over the South Downs; and the beauty of the undulating chalky hills of the Seven Sisters - a haven for wildlife with wonderful walking and stunning seascapes along the way. Find a peaceful spot on the pebble beach of Birling Gap and enjoy a picnic; or browse the bustling market towns of Lewes (with its own currency!), Petersfield and Midhurst (voted one of the most desirable places to live in 2016 by the Sunday Times). Offering a perfect mix of coast and countryside, the South Downs holds its own in terms of national park appeal.

View holiday cottages to rent in the South Downs

Hampshire and The New Forest 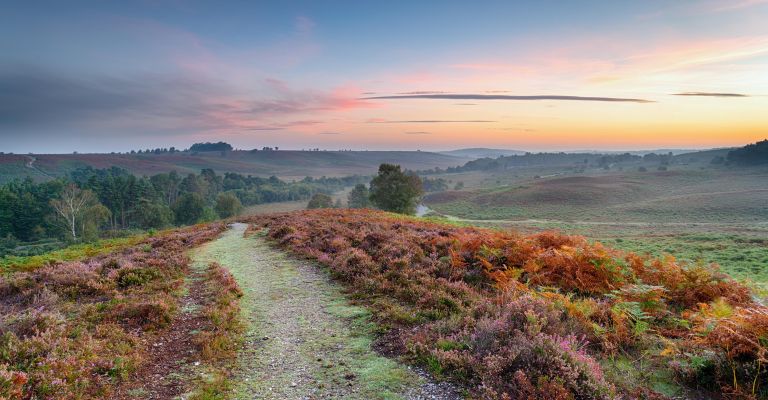 There's so much on offer in Hampshire, you can't help but want to go there. Many of the county's features are about enjoying the great outdoors. Just look at the New Forest National Park, for example. Despite its name, it has been used for recreation since William the Conqueror hunted there in 1079. It isn't all trees, either, as the New Forest has over 25 miles of coastline, and swathes of heath and pastureland providing endless opportunities for walkers, cyclists and horse riders. New Forest ponies and villages speckled with thatched cottages add to the bucolic appeal.

As popular as the New Forest is, Hampshire also has other jewels in its crown which are a must to visit including the stunning cathedral cities of Salisbury and Winchester and Portsmouth with its Historic Dockyard. 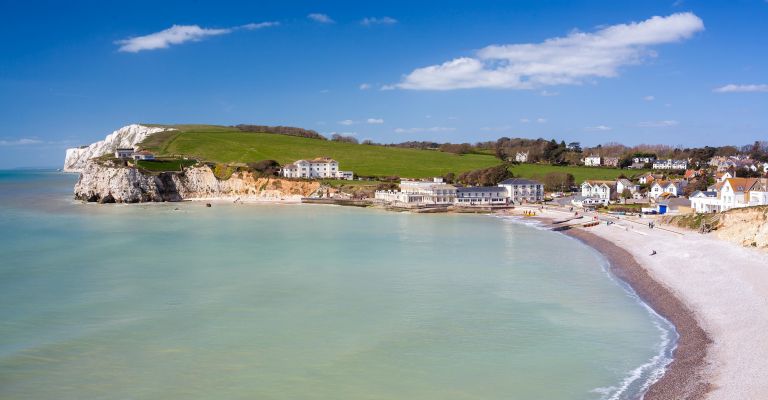 Separated from Hampshire by the Solent, the Isle of Wight is only approachable by air or water. Taking the ferry from Portsmouth or Lymington is just the way to unwind at the start of what will be a fun and relaxed holiday. Sailing is a very popular pastime, while the island's clean beaches appeal to families. Whether it's because it's surrounded by water, or because there are no cities, the pace is languid on the Isle of Wight. Lush green farmland is ringed by beaches and harbours. Be sure to see The Needles on the south coast, even if you don't take the chairlift down to the beach.

Less well known, but no less enjoyable, than the Isle of Wight music festival is the annual Garlic Festival. It's hugely popular with lovers of tasty food, with plenty of entertainment for all ages.

View holiday cottages to rent on the Isle of Wight

West Sussex is a gem. It's the perfect blend of countryside and convenience, beaches and bohemia. Stop by the local markets, walk through wildflower strewn meadows and along hedgerow-lined lanes punctuated by sweet cottages and farmhouses, or catch a game of cricket on the green. Chichester has been a bustling town since before the Romans arrived and has a wonderful Cathedral, while Arundel and Horsham are also thriving towns with boutiques, cafes, and shops. Parts of West Sussex form the South Downs National Park, while Worthing and Bognor Regis offer a great day at the beach.

Stop by Bosham and see if you can perform the same trick King Canute tried with the tide, or simply browse the numerous art and craft shops. West Sussex has dozens of lovely villages to explore - you're sure to find a favourite of your own.

The countless charms of the south east prove that there is far more to this corner of England than London. Go and experience them for yourself. 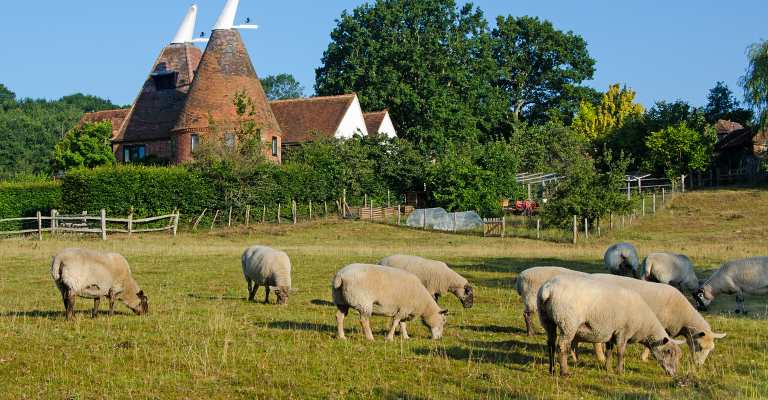 Oast Houses are a common sight in Kent

Kent is well-known for its white chalk cliffs and magnificent countryside that has earned it the moniker of the Garden of England, but this serenely beautiful county, where flowers and vineyards flourish, has a turbulent and fascinating history. People have lived here for hundreds of thousands of years, and they have left their mark in Iron Age hill forts, Roman ruins, Saxon fortifications and medieval castles. The Romans and Normans chose Kent as the landing point for their invasion, the area's ports and harbours were enormously important in Tudor England and, in more recent times, the skies witnessed most of the skirmishes in the Battle of Britain.

On the flip side, Kent is a place of culture and learning, with Canterbury's cathedral, now a UNESCO World Heritage site, at its heart. Christopher Marlowe, who was a contemporary of Shakespeare, was born in the city and there is a wonderful theatre and concert hall named after him, and Chaucer's Canterbury Tales was is celebrated in a display at St Margaret's Church. Once you have had your fill of history and culture, you can head to sunny shore at Folkestone, Margate, Whitstable and Broadstairs. Whatever you are looking for in your perfect getaway, a holiday in Kent has it all.

Thinking of a break in South And South East England? Let us tempt you with a selection of our best last minute offers. Remember, we don't charge a booking fee, so the price you see is the price you pay.
↑