Situated on the eastern coast of Scotland, East Lothian is one of the most prominent areas in the country given that it borders the capital Edinburgh and the Scottish Borders. The region has over 40 miles of absorbing and beautiful coastline that looks out onto the North Sea with Denmark and Norway far in the distance. In fact, it manages to combine both a stunning coast line and rolling countryside into its relatively small size area. Read more 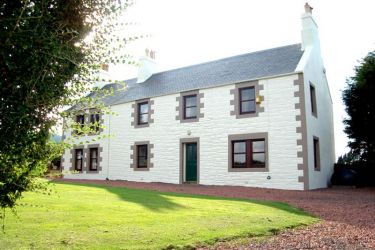 A large beautifully presented self-catering cottage on the stunning East Coast of the Scottish Borders. East Lothian is close by with its famous glorious beaches and world class golf courses. An abundance of attractions for day trips out. Tourist board rating: 3 Star 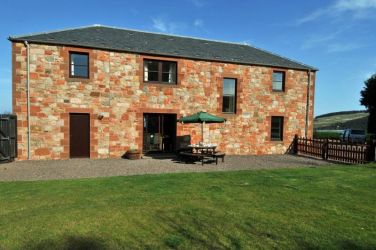 Two delightful holiday cottages located on the stunning East Coast of the Scottish Borders and close to East Lothian which is famous for its world class golf courses and clean beaches. Tourist board rating: 4 Star 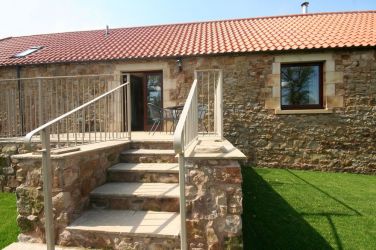 Set on a farm amongst beautiful rolling countryside, this holiday cottage offers a high standard of self-catering accommodation and is a perfect base for exploring East Lothian and its many delights. With Edinburgh easily accessible within 30-minutes by car and the coast just 15-minutes away, The Stables is perfect whether you fancy relaxing or exploring. Tourist board rating: 4 Star

Popular towns in and around East Lothian:

Find out more about East Lothian

The region is a paradise for history buffs and it was first settled back in prehistoric times and many relics and artefacts from this era have been found in the county. Dirleton Castle, found in the medieval village of Dirleton, is a fantastic example of a 13th century stronghold and is surrounded by majestic gardens which are a pleasure all year round but especially in the warmer, summer months. While many castles in East Lothian are little more than rocky remains, Hailes Castle is still very much intact and is thought to be the oldest stone castle in Scotland.

The county has been the scene of many battles over the years and battle sites are littered throughout the countryside. The Athelstaneford Battle Site is one of the oldest recorded in Scotland and the area was the scene of a raging 9th century battle between the Picts and Saxons.

East Lothian’s position sitting on the coast, gives it its many beaches. Sport enthusiasts can go surfing, kayaking or even kite surfing off the coast on one of the beaches that are found in the area. Belhaven Bay is located within the splendid John Muir Country Park, named after the Scottish conservationist often touted as America's founder of National Parks. The park has typical northern features such as low lying sand dunes, vibrant grasslands and extensive beaches. A cliff top walk takes in great views of the surrounding area and also goes past the ruins of an ancient castle. Gullane Bents is another rolling beach that offers good views of the Firth of Forth.

One important aspect of the county is golfing and following in the Scottish tradition, East Lothian provides various golfing retreats and challenging courses. The whole area features 22 courses and Muirfield is perhaps one of the most well-known for hosting The Open Championship sixteen times. The links nature of the East Lothian courses, coupled with the steady breeze coming off the North Sea, makes for a challenging but fun golfing experience.

For families the county is rich in options. From activities and picnics on the clean and beautiful beaches to the walled Lauderdale Park with its gardens and play areas for kids of all ages, East Lothian is a welcoming and family friendly region.

The county provides great access to the nation’s capital, Edinburgh, and in itself East Lothian is a county with much to offer. Providing very typical Scottish scenery with broad coastlines, miles of beaches, fascinating heritage and a variety of activities for everyone in the family, the area is one of the best places to visit in the whole of Scotland.