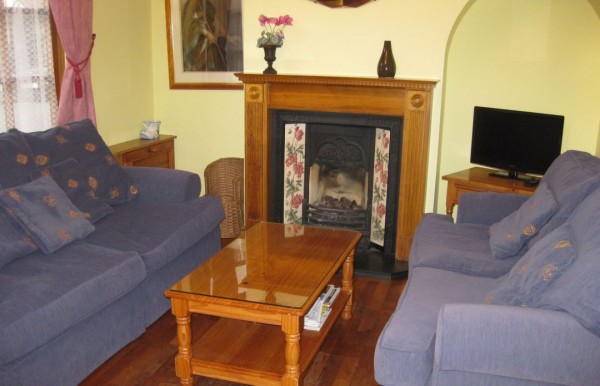 42 Shakespeare Street is a wonderful Grade II listed holiday cottage within walking distance of shops, cafes and attractions. The cottage dates from 1840 and sleeps six people in three bedrooms with a private garden and off-street parking (very desirable in Stratford-upon-Avon, especially during peak season in summer). It's perfect for families, including those with dogs and friends. Stratford-upon-Avon is a fantastic choice for a holiday not only for its historical links to William Shakespeare but also for the surrounding Warwickshire countryside and its proximity to Royal Leamington Spa, Warwick, The Cotswolds and Birmingham.

Even without being the birthplace of one of Britain's most beloved playwrights, Stratford-upon-Avon would still be a fantastic place to visit. Historic buildings, independent shops and High Street names, friendly pubs and excellent eateries combine to make it perfect for a self-catering holiday in any season. It is, however, difficult to escape the lure of attractions like the house where Shakespeare was born, Holy Trinity Church where he is buried, and the world-famous Royal Shakespeare Company Theatre. Other attractions within walking distance of 42 Shakespeare Street include the Stratford Butterfly Farm, the Tudor World living history museum, and MAD (Mechanical Art and Design) Museum.

Hire a boat and row along the Avon River, or cycle along the canal path, which stretches for 25 miles along a scenic route to the outskirts of Birmingham. Day trips from Stratford-upon-Avon include designer bargain shopping in Bicester, admiring the spectacular surroundings of Blenheim Palace, shopping and sightseeing in historic Oxford, and scaring yourself silly in the dungeons of Warwick Castle. Hire a bike to explore the countryside, or jump on a train and go shopping in Birmingham's Bull Ring. The Cotswolds are also virtually on the doorstep with picturesque towns and villages to discover.

For many, a self-catering holiday in Stratford-upon-Avon is a once-in-a-lifetime opportunity they've dreamt about since they studied Romeo and Juliet in school. For others, it's a place they love to visit not only for its wealth of attractions and great eateries and shops but also because its central location means it's easy to get to from the north, south and east of England and Wales. 42 Shakespeare Street is always welcoming no matter what the season or your reason to stay in town.

42 Stratford Street was built in 1840 when Britain's canal system was the equivalent of a motorway and steam trains were still considered a bit of a novelty. It's a beautiful Grade-II listed brick building with modern comforts and accommodation over two levels.

Outside: The courtyard garden is paved and has an outdoor table and chairs. There is off-street parking for one car.

Additional Information: WiFi, bed linen and bath towels are all included. Gas and electricity are metered. Well-behaved pets are welcome through prior arrangement. Smoking is not permitted.

Booking Conditions:
Please refer to the owner for accessibility requirements, booking terms / conditions and cancellation policy.
Help combat online fraud. Speak to the owner on our officially verified number: +44(0)7849 838551 before paying by bank transfer.
Please discuss any requirements regarding your pet(s) with the property owner.
Independent Cottages recommends that you take out holiday cancellation insurance.

Please telephone or email me for special offers/short break prices or any other enquiries.

Other popular towns / villages in Warwickshire