Self Catering Cottages in Cambridgeshire

Bordering no less than seven counties in the South East of England, Cambridgeshire has a reputation that far exceeds its academic influence. The county has an altogether sleepy and rural feel to it, even in the market towns such as Cambridge itself and it is definitely in keeping with the traditionalism of the area. With numerous walking paths, waterways and cycling routes combined with wildlife and a strong heritage, the county is a magnet for tourists the world over. Read more 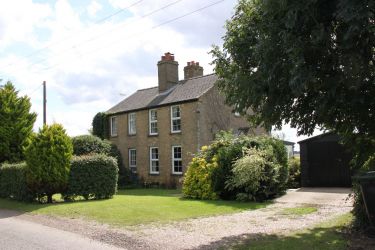 Hawthorn Cottage enjoys an enviable location on the edge of the Cambridge Fens with fantastic views over fields and countryside. Two bedrooms sleep up to four people, making it an ideal holiday home for couples as well as families and friends, and both the cottage and the garden are dog-friendly. There are beautiful walks and bike rides from the door, including along the Hereward Way. Ely, Cambridge, Thetford Forest, Newmarket and St Ives are all within easy reach, as are the Wicken Fen Nature Reserve and stately homes such as Sandringham House. 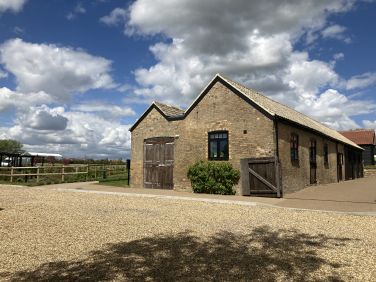 Treat yourself to the luxurious surroundings of Goodwood at Pringle Farm. The superb holiday suite sleeps five people in three bedrooms and has a 4-Star Gold rating from Visit England for the high standard of accommodation. Guests can expect superfast broadband, Chromecast, underfloor heating, and Hypnos mattresses as standard, as well as complimentary toiletries, Smart TVs in the living room and two of the bedrooms, and Egyptian cotton bed linen and towels. Goodwood is at the end of a quiet lane in the tiny village of Little Stukeley, three miles from Huntingdon and within easy reach of Cambridge. It is ideal for families or friends.  Tourist board rating: 4 Star Gold 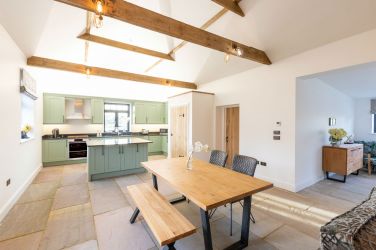 Cheltenham is a portfolio of superb holiday cottages at Pringle Farm in a quiet village near Huntingdon. It offers verified 5-Star accommodation for up to four people in two bedrooms, with two bathrooms, a spacious living area and a private terrace. The holiday home is ideal for couples, families or friends on holiday or visiting the area to attend a wedding. However, with its superfast broadband, USB ports and Chromecast, it also suits business executives in Cambridgeshire for work but who want the warm welcome and the comforts of home rather than the impersonal chill of a hotel room.  Tourist board rating: 5 Star 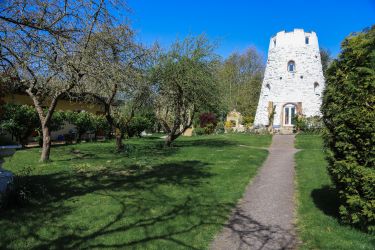 Stay in one of three beautiful holiday cottages on the family-run Windmill Stables Holiday Lets in Barrington, within walking distance of the Royal Oak Pub and River Cam, and only seven miles from Cambridge. Although new, each cottage has a timeless appeal, converted from stables and carefully designed to complement the age of the owner's converted windmill, which dates back to the 1820s. The three one-bedroom holiday lets are ideal for couples who enjoy scenic walks and bike rides through the countryside. Local attractions include Wimpole Hall, Duxford Air Museum, Newmarket Races, and Ely Cathedral.   Tourist board rating: 4 Star Gold 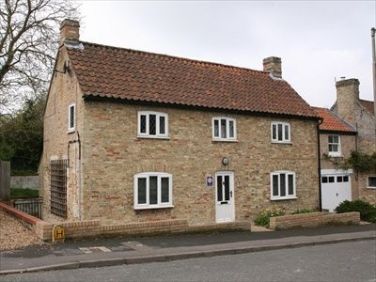 A detached Victorian holiday cottage in the East Cambridgeshire village of Swaffham Prior, just four miles from Newmarket and nine miles from the historic city of Cambridge. Tourist board rating: 4 Star

As pretty as its name, Apple Cottage nestles amongst beautiful countryside in South Cambridgeshire and is perfect for couples, friends and families. Offering a warm welcome to dogs (and even horses!) this gorgeous holiday cottage provides the perfect mix of character and modern style and is just fourteen miles from Cambridge City centre. Tourist board rating: 4 Star

The Granary at Fullers Hill 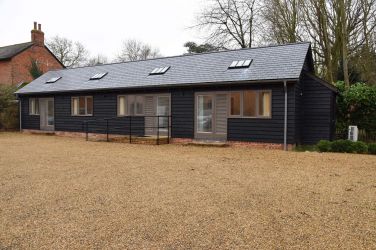 The largest of all of Fullers Hill's fabulous holiday cottages, The Granary sleeps up to six guests in two en-suite sumptuous bedrooms and has an exceptionally large social living area for a cottage of this size where large groups of up to fourteen can dine around one table. Sitting in a tranquil position amongst the South Cambridgeshire countryside, this stylish holiday retreat is a popular choice for families, friends and large parties (when hired with other cottages) and offers dog friendly self-catering of a high standard with the use of a communal hot tub in the grounds. Only fourteen miles from Cambridge City centre. Tourist board rating: 4 Star Gold

The Hayloft at Fullers Hill 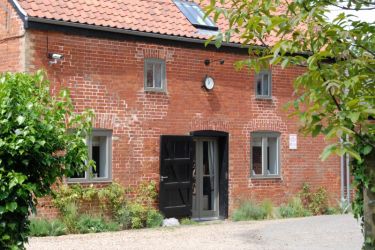 The Old Dairy at Fullers Hill 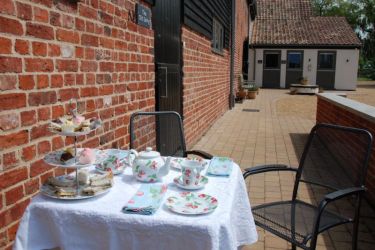 The Old Dairy is one of the stylish holiday apartments available at Fullers Hill nestling amongst glorious South Cambridgeshire countryside. Perfect for families and friends, sleeping four guests (or six with the use of a sofa bed), the surrounding area offers all the right ingredients to relax and unwind with plenty of space inside and out (including a hot tub in the garden for guest use), fabulous walking, cycling, horse riding and attractions including Cambridge city centre just fourteen miles away. Tourist board rating: 4 Star Gold

The Tack Room at Fullers Hill 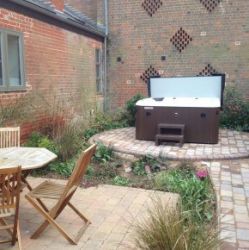 With its own private hot tub, The Tack Room is one of Fullers Hill's most popular holiday retreats. Like the others it is stylish and modern throughout and offers self-catering of a high standard. Sitting in a rural position amongst the glorious countryside of South Cambridgeshire, guests have the best of both worlds with an abundance of outdoor pursuits to enjoy on the doorstep and Cambridge city centre just fourteen miles away. Tourist board rating: 4 Star Gold

The Stables at Fullers Hill 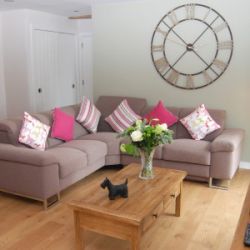 Offering single level self-catering that is fully wheel-chair accessible, The Stables is perfect for couples having one bedroom, as well as families happy to use the sofa bed. Stylish throughout, The Stables has been beautifully presented to a high standard and sits amongst glorious countryside in South Cambridgeshire. Fabulous local walking, cycling and horse riding and just fourteen miles from Cambridge City centre. Tourist board rating: 4 Star Gold 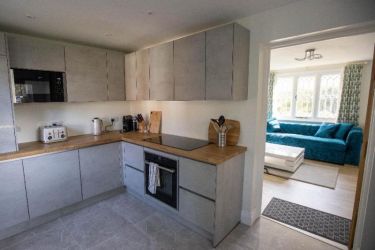 Deep in the heart of the Cambridgeshire countryside, the owners of Fullers Hill Cottages have created a peaceful retreat where guests can relax and enjoy spending time with family and friends. Number 1 Fullers Hill Cottages comfortably sleeps four guests in two bedrooms (plus an extra two on a sofa bed) and is as comfortable for couples as it is for families and friends. The Georgian cottage is on a family-run farm and has been renovated to a very high standard, earning it four stars from Visit England. It is only 15 miles from Cambridge and around an hour from central London, making it possible to escape to the countryside without sacrificing metropolitan delights. The cottage can be booked on its own or together with the estate's other five cottages for family reunions, hen weekends and other celebrations with family and friends. Tourist board rating: 4 Star Gold

The city of Cambridge is one of the real attractions to the county. While it is famous for its university (the second oldest in the English speaking world) it has much more to offer than just academic recognition. Narrow streets and old age atmosphere perhaps characterise the university town best and provide a snapshot of the region as a whole.

Indeed, Cambridge is particularly prestigious for its art connections and boasts the most galleries in a single area outside of London, most of which are free to enter, particularly if they are affiliated with the eight museums at the university. Being a predominately university focused town Cambridge offers an active nightlife scene with plenty of bars, pubs and clubs to suit all tastes.

Outside the town of Cambridge, there is a lot to do in and around the rest of the county. The region is known for its rolling scenes of greenery and traditional villages and towns that dot the countryside. In South Cambridge alone there are over 350 square miles of cycling and walking routes where you come across the odd majestically hidden stately home on your travels. Ely is a cathedral city in the county and is a hidden gem in Cambridgeshire’s crown. With its waterways and tranquil boat rides alongside the cobbled streets with small tea rooms and coffee shops, Ely is a fascinating place to visit.

One of the most well-known attractions in the county is the Newmarket race course. Horse racing enthusiasts will be well aware of Cambridgeshire’s significance in the sport and the Newmarket course offers an extravagant and enjoyable day out. Also in the county is the historically significant town of Huntingdon. It was the birthplace of Oliver Cromwell (which is now a museum) and has a plethora of Georgian buildings lining its narrow streets. Indeed, William Shakespeare used to perform in the town during the summer months and it still retains a cultural feel and arty outlook to this day.

Cambridgeshire is a county that never seems to go out of date. It manages to keep its traditional nature while being at the centre of academic excellence in the world. While the emphasis is on the city of Cambridge itself with its bustling student crowd, artistic importance and pleasant atmosphere, there is much beyond the town limits. Glorious countryside with nature trails, wildlife and small towns associated with important historical figures is just the tip of what the county has to offer. While other counties may have modernity, Cambridgeshire has cultural and historical significance.