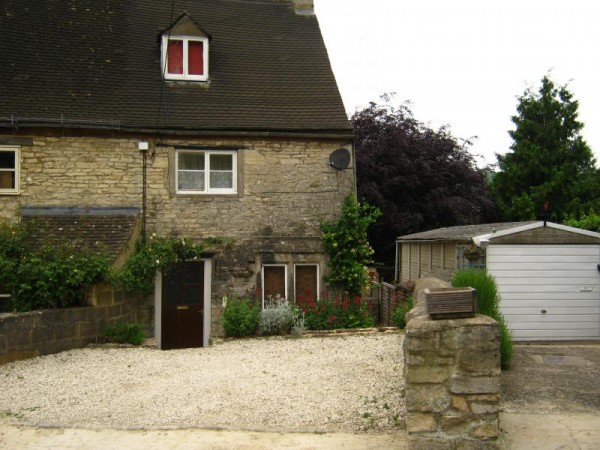 Combe Cottage sleeps four guests and is located in the Cotswolds Golden Valley. Providing a welcoming retreat at any time of the year, the cottage is semi-detached and dates back some four hundred years with many of its original features including beams and a wood burning stove for cosy winter breaks.

The cottage is ideally placed in the village of Brimscombe near to Stroud, a historic market town just two miles from the cottage. Stroud offers a wide range of shops, restaurants and pubs and is known for its bohemian culture and is favoured by artists and craftspeople.

Gloucester, Cheltenham and Cirencester are all within easy reach and less than a thirty minute drive, while the popular towns of Bourton on the water (known as the 'Little Venice' of the Cotswolds), Stow-on-the-Wold, Moreton in Marsh (with train station), picturesque Chipping Campden and Burford can be reached in forty five minutes.

For those willing to venture a little further afield, the world famous Roman City of Bath is only twenty eight miles south, Stratford upon Avon is forty two miles, Warwick is forty eight miles, Oxford is thirty eight miles and Bristol is thirty miles, all making great days out.

Within one mile of the cottage is Minchenhampton and Rodborough common an area of over five hundred acres of land belonging to the National Trust.

A designated Area of Outstanding Natural Beauty, the surrounding area is peppered with beautiful Cotswold market towns and pretty villages including Bisley, Painswick (known as the queen of the Cotswolds), Uley, Slad and the little village of Chalford sitting on the River Frome.

There are plenty of places of interest to visit in this area including: Bath with its Abbey and Roman Baths, Gloucester Cathedral and Docks (home of the national waterways museum), Cotswold Water Park, Slimbridge Wild Foul Trust and Prinknash Abbey to name just a few.

Outside: Garden at the back of the cottage with patio, large raised decking area with garden furniture, BBQ and umbrella for those sunny days.

Additional information: Gas central heating. Gas and electric are on meters - credit obtained from the local Post Office which is 200 yards away. Off road parking for two cars. The cottage is available all the year round, including winter weekends and short breaks. The property has very steep stairs and is not suitable for the people with limited mobility. Bed linen and towels can be provided at no extra cost if required and beds will be made up on arrival. Short breaks from £150. Cot by arrangement.

Transport: There is a bus stop to Stroud and Cirencester just 100 yards from the cottage and you can get a main line train from Stroud to London and Gloucester which is two miles from the cottage.

Booking Conditions:
Please refer to the owner for accessibility requirements, booking terms / conditions and cancellation policy.
Help combat online fraud. Speak to the owner on our officially verified number: +44(0)1745 826272 before paying by bank transfer.
Please discuss any requirements regarding your pet(s) with the property owner.
Independent Cottages recommends that you take out holiday cancellation insurance.

Other popular towns / villages in Gloucestershire