Self Catering Holiday Cottages in Liskeard

Liskeard sits at the southern tip of the UK. The ancient market town nestles on the edge of Bodmin Moor and is within easy reach of the glorious beaches of the south coast of Cornwall and the Tamar Valley AONB. Accessible off the A38, Liskeard is a good choice for those torn between the golden sands of Cornwall's north coast and the pretty fishing villages of the south. Whether you spend your days out and about exploring the areas many attractions, soaking up the towns heritage or walking through rolling countryside, Liskeard offers a central base with good amenities and lots of holiday cottages to rent. Read more 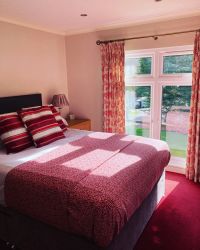 Relax and unwind in the beautiful surroundings of Rivermead Farm. Guests staying at Owl Lodge, one of seven fantastic self-catering holiday homes set in 17-acres of grounds, can enjoy the onsite river fishing, a lake, nature walks, picnics and boules. The farm is a short drive from Liskeard and within easy reach of the south coast beaches, Bodmin Moor and Dartmoor National Park. This 4-Star cottage sleeps six people in three bedrooms, with lots of space and a layout that suits families and extended families. 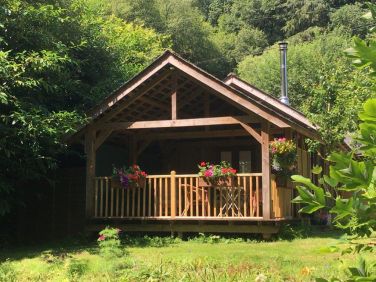 If your busy life has left you feeling overwhelmed and wrung out, a holiday in Jopes Lodge is the solution you need. This romantic riverside cottage has an open-plan layout with a private verandah and beautiful woodland views. It is perfect for couples but is also ideal for a solo escape. The high standard of accommodation coupled with the tranquil setting in five acres of grounds is a wonderful place to recharge your batteries. The fishing town of Looe is only ten minutes away by car, and there is a wealth of local attractions together with beautiful walks and cycling routes. 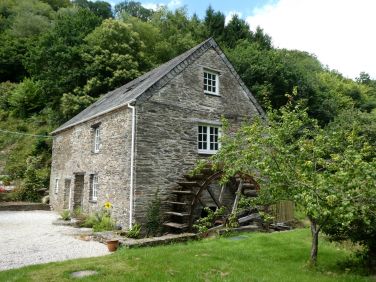 Jopes Mill is an indulgent holiday retreat in the beautiful Cornish countryside. The 18th-Century riverside watermill sits amongst five acres of woodland and gardens, yet is just ten minutes from the vibrant harbour town of Looe. Beaches, restaurants, cafes and pubs are all within easy reach of this period property, which sleeps up to four people in two bedrooms and is perfect for couples, families or friends. There are fantastic walks from the door and ample scope for mountain biking on nearby Bodmin Moor. Plymouth, Polperro, and the Eden Project are all within half an hour's drive for fun days out. 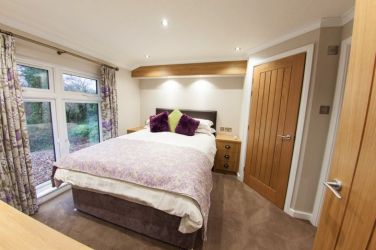 Otter Lodge is one of seven superb holiday cottages at Rivermead Farm near Liskeard. The three-bedroom property sleeps six people, with guests having beautiful woodland views towards the River Fowey. There is onsite river fishing, a lake, nature walks, and lots of space to relax, picnic and barbecue on the 17-acre grounds. Bodmin Moor, Dartmoor National Park and the beautiful beaches of the South Cornwall Coast are all within easy reach. Walk the South West Coast Path, cycle the Camel Trail, climb Dartmoor's granite tors, or discover old smuggler's haunts in Bodmin - there's something for everyone in all seasons.

Well presented, this delightful dog friendly holiday cottage is close to the Cornish village of St Cleer and nestles amongst a small farming community in mid-Cornwall. Surrounded by beautiful countryside, Field View Cottage provides a good central location with easy access to Cornwall's many popular attractions including both the north and south coasts and the moors. 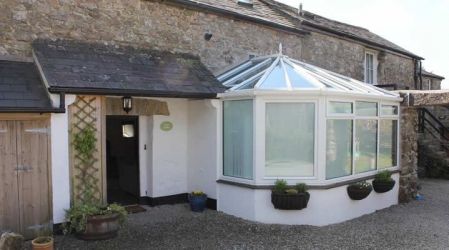 Offering a lovely mix of modern conveniences with traditional charm, this welcoming dog-friendly cottage provides a good central base for exploring Cornwall's many attractions. Sitting in a rural position on the edge of Bodmin Moor amongst a small farming community close to St Cleer, the cottage has easy access to both the moor and the north and south coasts. 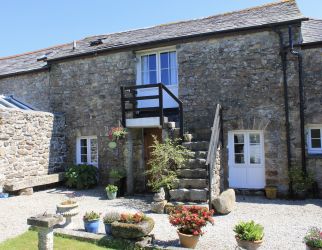 A delightful dog friendly holiday cottage that sits in a small farming community in Cornwall close to St Cleer with easy access to the moor and coast. Surrounded by beautiful countryside, this central location provides a good base for visiting Cornwall's many attractions.

Popular towns in and around Cornwall:

The ABC's of a Holiday in Liskeard

Adventure - There are dozens of ways visitors can find an adventure when staying in Liskeard. Spend a few thrilling hours at Adrenaline Quarry in Menheniot, a ten-minute drive from the centre of town. Here, you can throw yourself off a cliff and fly over the flooded quarry on the zip wire, experience the sensation of freefalling on the giant swing, unleash your inner F1 driver at go-karting, and even throw some axes. Horse riding is a more sedate but no less enjoyable way to get your blood pumping, or why not clip on some carabiners and climb Dewerstone and Sheeps Tor.

The South West Coast Path is the UK’s longest way-marked footpath, hugging the entire coast for 630 miles from Swanage in the south-east around to Minehead in the west, providing stunning views along the way. Equally beautiful are the views from the Caradon Trail, which connects Liskeard to Bodmin Moor. Cyclists and mountain bikers can also plan an adventure, with maps, spares parts and bike hire available from Liskeard Cycles.

Beautiful beaches - Liskeard is close to some of the most beautiful beaches in Great Britain. Looe is less than ten miles from town, where there is a vast expanse of sand at low tide, a seafront promenade and pier, and calm waters that are ideal for swimming. Looe can get busy in summer so make like the locals and go to the smaller beach east of the main stretch of sand. An even quieter alternative is Lantic Bay, which is owned by the National Trust and only accessible via a 20-minute walk from the car park (it's a steep climb down!), while Llasallos is a favourite with families. Talland Bay has something for everyone with a sandy beach, rock pools and a cafe, Seaton Beach is dog-friendly, and Whitsand Bay has the best conditions for surfing, kiteboarding and windsurfing.

Culture and heritage - Introduce yourself to Liskeard with a walk along the Liskeard Heritage Trail, a stroll that typically takes 90-minutes and which passes important landmarks in the town like the Pipe Well in Well Lane, which never runs dry. Those interested in architecture should follow the Henry Rice Trail, explicitly created to showcase over 100 buildings designed by the famous Victorian architect. Liskeard was a quiet rural community until 1836 when the discovery of copper made the town’s fortunes and size expand rapidly. Not only was Liskeard a retail hub but it was also a spot where tin was stamped and taxed, and the starting point of the canal to Looe (later followed by the railway) which was used to send the stone and mined ore to ships. Visitors can find out more about the town’s history at the Liskeard Heritage Centre in Stuart House, and the Liskeard Museum.

The Caradon area was once a hive of industry, with mines producing enormous amounts first of tin, then later of copper, lead and silver. The landscape is dotted with engine houses, and the entire region is part of the Cornwall and West Devon Mining UNESCO World Heritage Site.

Liskeard has so much to offer visitors including a weekly market, excellent choice of amenities and a location that is close to beautiful beaches and favourite attractions.